You are here: Home /  Gambling /  Gambling news /  Latest News /  Online Casino News /  It looks as though the NBA gambling rules are coming under consideration with the EPL as an example
Gambling 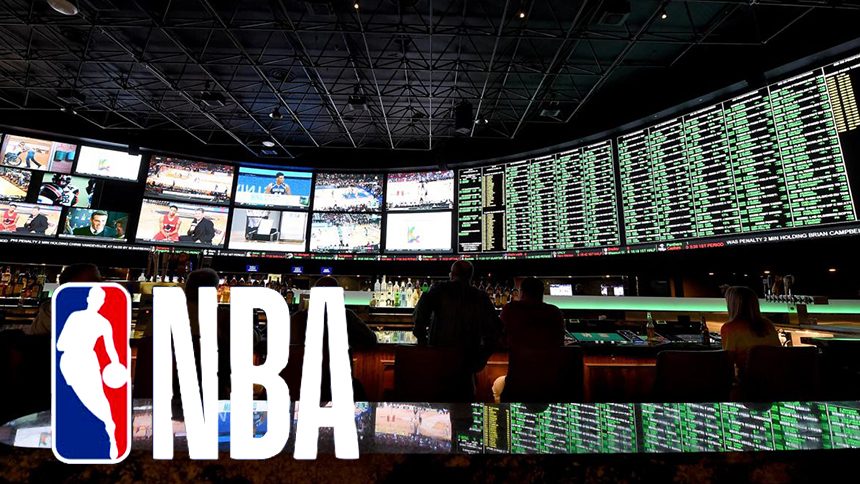 At this moment in time, the NBA gambling rules are quite conservative. That’s because they are taking every precaution to go step by step with the gambling matter. We caught up with some news about the league and what potential they see for it in the future. However, at this moment in time, no immediate plans will be made. Let’s take a look.

If you’ve been following the latest online gambling news, you’ll already have some insight on the matter. It was only last May when the US Supreme Court ruled in favour of opening gambling possibilities outside of the state of Nevada. What’s more, the English Premier League (EPL) has been a driving force in the UK’s gambling market.

How the NBA Gambling Rules May Change

The person who was revealing the information to the world was Mark Tatum, the NBA’s deputy commissioner.

He basically said that the sport doesn’t want to be full of gambling commercials but that the teams could do with the revenue’s generated from sportsbooks. Well, if you want the extra cash, you’re going to have to deal with the gambling operators wishes.

The only concerns the league faces is the illegal activity which can be from people involved in the game.

For example, players or referees could be accused of fixing matches which would lead to a total outbreak. However, with the right way of conducting the security of the league, this will be avoided. Here’s a few words from Mark Tatum on the proposed NBA gambling rules.

“We’re spending a lot of time learning from the mistakes that were made and what we’re seeing in sports betting in places around the world.

“We’re trying to educate our fans. We’re educating our players and our teams. We’re taking a little bit of a cautious approach here. … But generally, we think it’s a good thing for sports betting to be regulated, to be legalized, so there is better information being captured.”

The league has done a bit of its own research, by checking up on the EPL. So far, nine out of twenty teams in the top-flight have betting firms as their primary kit sponsor. Almost every stadium in British football has gambling sponsors during the coverage of the match. Feel free to read up more on gambling in English football.

However, there’s been many complaints and now the EPL is trying to keep a balance between gambling sponsorships and responsibility.

Tatum has been following this closely and stated the following on the matter:

“That really helped inform some of our thoughts on how sports betting could work in the United States. We’re seeing a large shift now and a change in the landscape of sports betting in the U.S.,”

“We’ve gone to school on them. We’ve actually shared a lot of information with them and have a great partnership with them.”

Do you think the NBA gambling rules will change anytime soon? What will become of the NBA in the future? We’ll keep a close eye on the matter and keep you up to date as soon as more information unfolds.