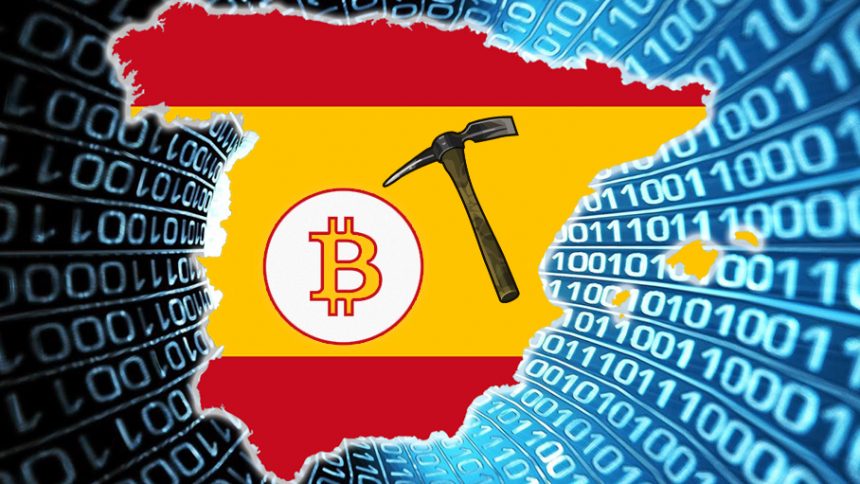 Tax authorities in Spain are vying to cash in on the increasing operations of cryptocurrency mining from virtual currencies like bitcoin and altcoin.

First off, in case you’re wondering ‘what the h*** does cryptocurrency mining mean?’ let us tell you from the get-go, it’s a process by which all the virtual currency transactions are recorded and the information is then added into a ledger by a ‘miner’ system. Basically, cryptocurrency mining is an accounting process of the crytocurrency, which keeps all the relevant records of past transactions.

And with popular virtual currency providers like bitcoin and altcoin conducting a large number of cryptocurrency mining operations, Spanish tax authorities are exploring ways to cash in on the virtual wave, deeming them ‘economic activities.’

According to the latest regulations set for the by the National Directorate of Taxes of Spain, both individuals and mining companies (bitcoin and altcoin) are required to register themselves before being allowed to proceed with their ‘accounting’ operations. Although this may have positive benefits for the state, individuals and cryptocurrency mining companies don’t share the same enthusiasm; the latter stand to lose out with considerably decreased profits from mining operations due to high tax rates for their activities.

Jose Antonio Bravo Mateu – a Spanish economist and tax advisor – commented the government could rake in between 10% and 47% from taxes on profits from cryptocurrency mining operations.

“As the new regulation classifies cryptocurrency mining as a wealth-creating economic activity, the mining community should take advantage of any applicable tax deductions on expenses related to electricity consumption and mining equipment.”

The main argument behind the introduction of Spain’s new regulations is that this will help curtail illegal activities with virtual currencies, such as the scandal that happened in Japan two years ago, when more than $300 million worth of bitcoins ‘mysteriously’ vanished from customers’ accounts.

It is yet to be seen whether other countries in the EU will follow Spain’s example of making efforts to tax cryptocurrency mining operations. So far, the western European nation has maintained a transparent policy towards all activities related to the use of virtual currencies, however with the threat of potential taxes looming, it’s yet to be seen whether Spain will see cryptocurrency mining companies leave the jurisdiction in search of preferential terms.