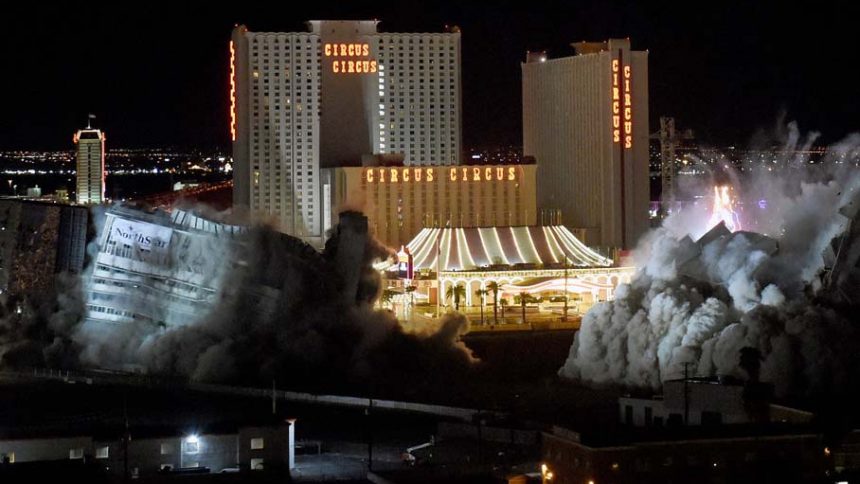 People gathered to witness end of an era on Tuesday in Las Vegas Strip. Although the scene of the Riviera Casino implosion created a carnival-like spectacle, an important landmark which hosted the shows of Liberace and Dean Martin once drifted away in the dusty pages of Las Vegas history.

According to latest casino news, the Riviera Casino implosion was an event scheduled long ahead. Therefore, it didn’t come as a surprise; however, it was still an emotional scene for Las Vegas lovers and movie fans who admire such cult films Ocean’s 11 (1960), James Bond Diamonds Are Forever (1971), and Casino (1995).

As a matter of fact, the first Riviera Casino implosion took place on June 14, 2016. This implosion destroyed the 24-story Monaco tower. The destruction of the most parts of Riviera Hotel and Casino was turned into a celebration as a special viewing area was constructed for spectators. There were even fireworks to render the event a festivity-like incident.

However, the destruction of the Monte Carlo tower was rather gloomy as there were neither fireworks nor spectators. There was only destruction of the iconic Riviera Hotel and Casino which hosted many blockbuster shows and constituted a background for successful films.

Riviera Hotel and Casino filed for Chapter 11 bankruptcy on July 12, 2010. The striking fact is that the Riviera is not the only gambling giant who declared bankruptcy in the last decade.  Another gambling giant of the Strip who declared bankruptcy lately is Caesars Palace. In order to save the casino, Caesars Entertainment decided to sell their online unit to be able to fund a potential revival project for the casino.

Caesars Palace is still an iconic element of the Las Vegas Strip. However, the Riviera shared the same fate as falling stars which shine in their high time and vanish once they complete their missions. The same thing happened to the Riviera. We will remember the Riviera only in the movies from now on. The property which hosted the casino will accommodate the Las Vegas Convention Center.

Facts about the Riviera Casino

Riviera Hotel and Casino opened its doors to the visitors of the Las Vegas Strip in 1955. Due to luxurious design and popular shows of the casino, the Riviera became one of the most famed entertainment spots in Las Vegas.

In the 50s, Nevada gambling laws weren’t so strict and elaborated. Therefore, the casinos were rather free and they constituted perfect financial sources for gangs. And yes, the Riviera was fallen to the hands of such gangs eventually. However, it had never lost anything from it is fancy style.

The stunning casino featured in such cult movies as Oceans 11, Casino, and Diamonds are Forever. It also hosted blockbuster shows as Liberace and Dean Martin. 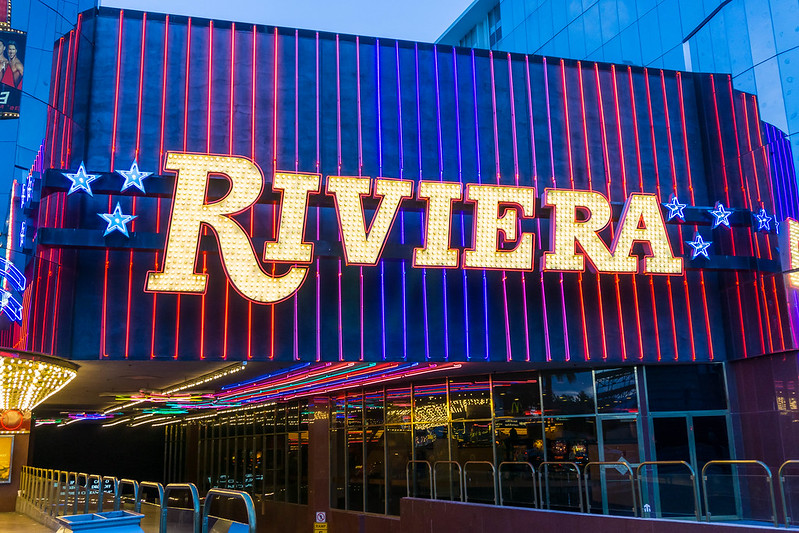 The tourism agency acquired the 2,075-room and 26 acres property for $182.5 million last year. The demolition coasted $42 million. It is a matter of wonder whether the most famous gambling city on earth will lose more landmarks in the near future as Riviera Holding is not the only gambling Las Vegas giant who has suffered from financial crisis.