You are here: Home /  Gambling news /  Horse Races with the Audience Got the Green Light in the UK
Gambling news 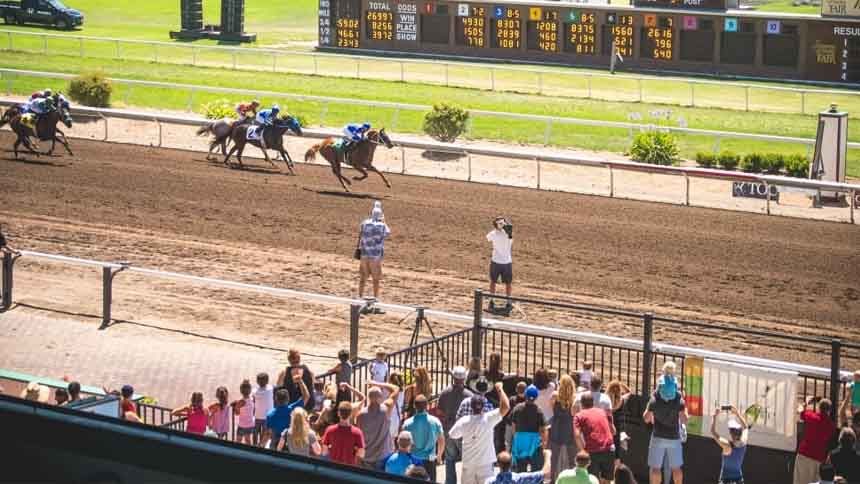 After the long anticipation, as the UK enters phase 5 in the fight against the pandemic, finally, we can welcome back horse races with the audience from September. Even more, we already got an official schedule for the upcoming horse races which will be available to visit. Of course, health and safety measurements are the most important aspects of the events. But still, this is a huge step forward to the racing and also a betting industry.

In the latest gambling news, previously we already wrote about the resume of the British horse racing season. However, that’s didn’t give back the unbelievable ambiance of the races which cannot be compared to anything. The lack of the crowd also affected the broadcast. Even if it sounds silly, even the horses didn’t participate as good as the expected without the heightened state of mind of the auditorium.

By the way, as the British government eased on the restrictions, the Racecourse Association (RCA) announced the first horse races with the audience after the long months. The government called off every sports event in the region since March. Even if the races returned in July, no one knew when we can expect further people at the racecourses over the jockeys and owners.

The first event will be at the Doncaster Racecourse. The St Leger Festival opening ceremony will take place on the 9th of September (Wednesday). RCA, operators, and other partners have been working on the resume for months. And finally, as the regulating forces recognized the importance of the audience at the horse races (for both cultural and financial reasons), the hard work seems to pay off.

The Chief Executive of the RCA, David Armstrong also shared his vision in connection with the preparations. He said: “Racecourses have been working for some time to this end and we are confident the events selected will provide strong case studies which will be of use to all… The disappointment of postponing our last confirmed pilot at Goodwood was felt across the sport, but the learnings and behind-the-scenes work have been of great value to others. Racing is ready to proceed in a safe manner and we are looking forward to once again welcoming crowds back to the racecourse.” Are you prepared for the breathtaking moments?

First of all, these events are all part of the trial that horse races with the audience can be held without consequences. Also, as health and safety are super-important in the UK, organizers have to follow a strict and well-planned protocol to prevent any harm to the bettors or any participants. They also had to make sure total oversight on logistics and catering among many other things. These small details make the set up challenging. However, every participant of the horse racing industry works day and night to provide a safe but still amusing show. These are the following races which are confirmed to be held with the audience:

The first ones will be in early September between the 9th and 12th. Then horse race lovers can participate in the St Leger Festival at the Doncaster Racecourse.

On the 21st the Warwick Racecourse will open its gates in front of the crowd.

And last but not least, the Cambridgeshire Meeting. It will take place between the 24th and 26th of September, at Newmarket Racecourse.

In summary, as we are sitting on pins and needles for months when horse races with the audience will return, we are all delighted because of this great news. Also, according to RCA, the resume of Scottish and Welsh racing is also on the table. Fingers crossed!