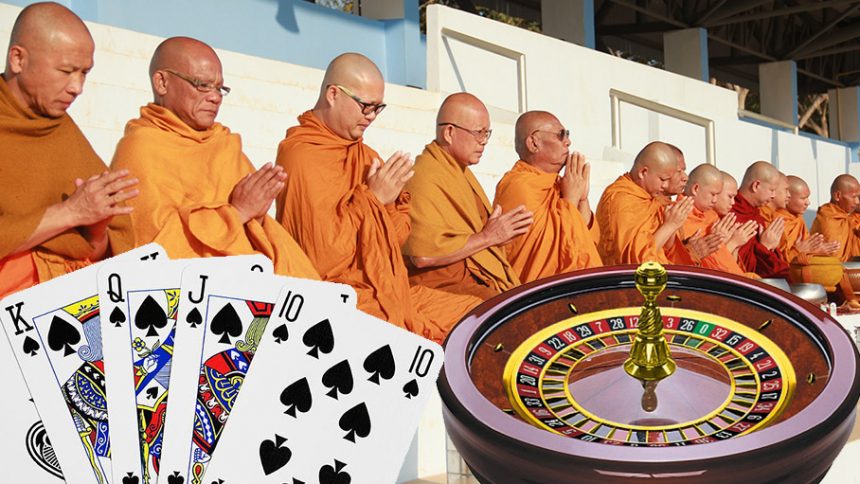 Gambling and Buddhism: the Mysterious Relationship

What is the connection between gambling and Buddhism? Generally nothing, really. However, if you asked that Buddhist monk who stole the Lafayette temple’s money to fund his gambling activity, you would discover new dimensions in this irregular connection.

The most peculiar – and at one point the funniest –  news of this week was definitely the Buddhist monk’s case with the stolen money from the temple. (But not for him the funniest, definitely.)

Gambling and Buddhism A Monk and the Stolen Money

The 38-year-old Khang Nguyen Le, the former monk of the Vietnamese Buddhist Association of Southwest Louisiana Inc., was found guilty in stealing money from a temple and failed to be a genuine monk.

That was an ‘easy come easy go’ type of money, since Khang Nguyen Le was responsible for the three bank accounts of the temples which proved to be a good base of his casino trips. He withdrew $4,280 from the temple’s account via an ATM at Baton Rouge’s L’Auberge Casino,  which was too suspicious to the federal government not to start to examine the odd phenomenon. According to the charges, the monk gained $1,000 monthly by using the funds of the Buddhist association’s temple between 2010-2014.

Investigators were informed that Khang Nguyen Le spent up to $10,000 playing blackjack during his frequent trips to a Lake Charles casino which was his favorite place instead of the temple.

On Thursday was the third occasion he introduced his guilty plea because the Vietnam native didn’t speak English, therefore he didn’t clearly understand the charges against the monk which was indicated in the previous hearings. So he had to arrive to the court with two translator attorneys, one who spoke Vietnamese and the other English, so that the smooth proceedings could be conducted.

The Result of Misinterpreting Both Gambling and Buddhism

It seems that the poor man neither was a wise monk, nor a professional cheater, and he must have not heard about what Buddha said about gambling, and must not have read the article about gambling and religions. He faces at least 20 years in prison as a penalty, up to $250,000 in fines and three years of supervised release. And obviously he had to pay the temple’s money back as a result of the sentence. He will be sentenced in June after his guilty plea, so after he will have time to consider all of his wrongdoings and maybe try another religion combined with gambling.