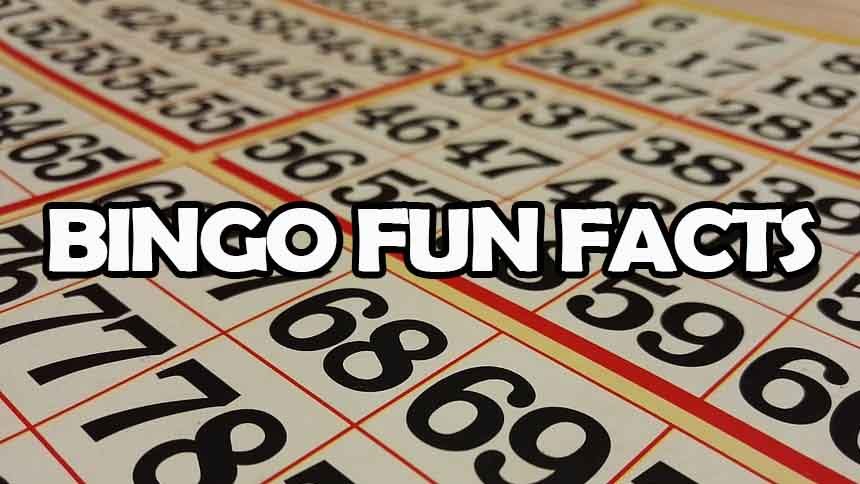 All around the globe, Bingo is among the most popular games. Both as a social activity or as a form of gambling. So today we will focus on an easy topic, and we will take a look at the most interesting and still unexpected bingo fun facts.

If you followed the latest gambling news, you could read a lot about the crisis in the gambling industry. While most online gambling forums were regulated to prevent problem gambling, some places, like the Netherlands supported online bingo. Since this game is mostly played for the fun, not for the prizes. Therefore, bingo in 2020 is still at the top. Even more, its popularity in the UK is so significant that it even affected the country’s GDP. While the growth of bingo industry in the US also paints a bright future in the long term for this outstanding game.

We collected all the interesting information about its history. Also, we will share a lot of unexpected information, that you probably never heard before. Even more, we will also take a quick glance at the statistics and at the state of online bingo nowadays. If you can shout Bingo once, it will be your favorite form of gambling for a lifetime!

Bingo is the most interactive among the lotto games. As a round only takes 3-6 minutes it perfectly fits the modern gaming desires.

Bingo is originated from Italy, 1530. The ancestor of Bingo was called “Lo Giuoco del Lotto D’Italia” which is still an available playing option today in the region. By the way, this version is way less entertaining than our beloved Bingo.

The bingo-cards that we know from the bingo halls are only invited later by Edwin S. Lowe with Carl Leffler of the University of Columbian. And the first time they had a practical use was in the 1800s when Germans used bingo cards for an educational purpose. Bingo fun fact that the multiplication tables that we use in the elementary school are all based on this old bingo game. Thus, it made a long and colorful journey before it became one of the world’s favorite past-time activities.

First, Bingo was called “beano”. It got its name from the beans which were used instead of nowaday’s bingo coins. What a bingo fun fact! I didn’t believe it for the first time…

Later on, bingo became one of the most popular games played by a bigger audience. However, the different countries worked out their own bingo tradition.

So here is the most important of the bingo fun facts, the differences between the US and UK Bingo:

The most obvious difference is the bingo cards. US bingo cards include 5×5 squares while in the UK they play with 9 columns and 3 rows.

While US bingo cards have 5×5 squares while UK bingo cards have 3 rows and 9 columns. Also, the audience of the American and European bingo is completely different. While in the US Bingo is a family program and mostly played on the weekends, in the UK, even if Bingo has the same popularity, it’s mostly considered as gambling.

However, there are significant differences in other countries as well. For example, in Australia, they not even shout “Bingo”. Instead, they say “housie”. 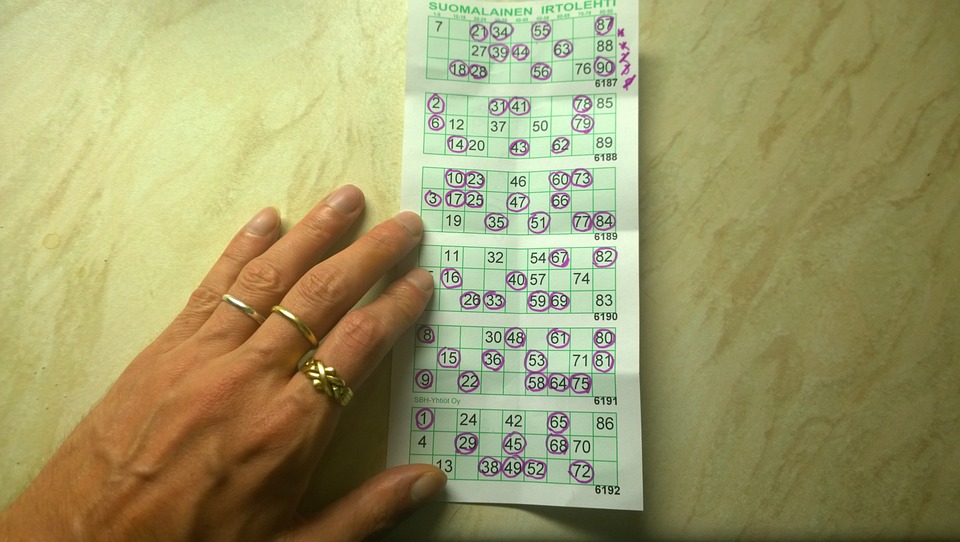 If we are talking about bingo fun facts a lot of people is included in the topic. Since only Americans spend more than $90.000.000 each week on bingo cards. And in the UK there are 3 million players every single day. Even more, researches show that 50% of the regular bingo players play a set each day as a part of their daily routine.

Despite the subcultures consider bingo as the game of senior people, in fact, most bingo players are between 35 and 40. And as its popularity continuously growing in the US, there is a wide spectrum of players below the age of 35 as well. Both in the landbased bingo halls or at the online bingo casinos.

However, according to the statistics, we can declare that Bingo is mostly favored by women as 80% of the players are female while man only takes 20% of the bingo community.

Now, let us take a closer look at the bingo card fun facts!

At the end of the statistics, the most promising among the bingo fun facts is that 96% of regular bingo players are winning a bingo jackpot during their busy years.

All the Unexpected Interesting Bingo Facts 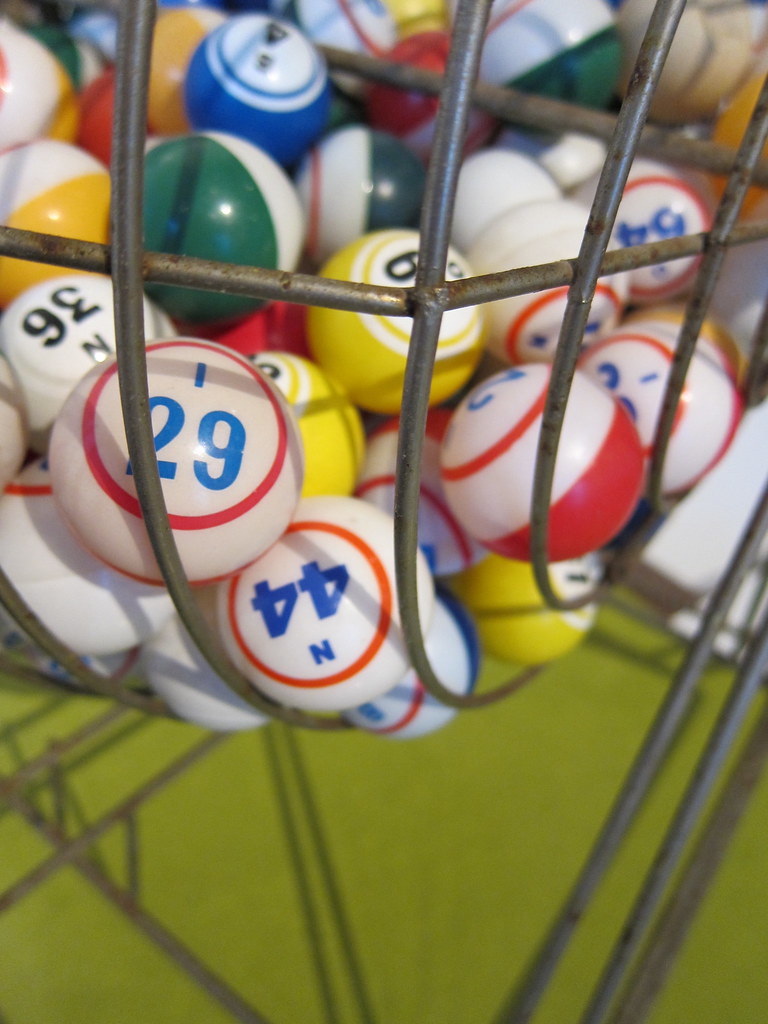 First of all the most interesting and heartbreaking of the bingo fun facts is that according to global research, bingo players are not even interested in the prize. They appreciate the time that they can spend together. This vision is comping from the survey that showed that winning the jackpot is only at the 5th place among the reasons why each individual playing bingo games.

In the previous part, we already described how popular bingo is. But to be clear, in a form bingo is bigger than football. Yeah, I know… this is the most shocking of the bingo fun facts. In the UK they spend way more money on bingo tickets than on football events or on football bets combined.

But this is just the tip of the Iceberg since in Scotland, bingo is even more popular. Imagine how broad the bingo community in that small region! Another fun fact, that probably in Scotland there are a lot of Margarets since this is the most common name for the winners.

By the way, the largest bingo prize was won in Wales by Christine Bradfield, a lovely grandmother who was a regular player of the Castle Club in Merthyr Tydfil. She won £ 1.1M with a single bingo card.

However, what makes Bingo is highly recommended for everyone is the fact that it has proven stress-relieving effects. You don’t even have to play in cash at Betway Bingo, or at the other online gambling sites. Just enjoy the game and you will understand what are we talking about!

As we are in the age of the Internet we also must talk about online bingo fun facts!

The first online bingo games were launched in 1996 and 1998, Bingo Zone and later Bingo Blitz. Since then a lot of things changed. We can say that all the online gambling firms have their own bingo program with spectacular elements and friendly chat functions. So, if you would like to play from the safety of your home, if your stick with the big online bingo sites like Betway Bingo, satisfaction is guaranteed. Even more, according to the UK and US statistics, Bingo shows continuous development both offline and online. As it has a significant effect on the English GDP and it became the Americans’ most popular past-time activity.

Basically, the only big difference between bingo halls and online bingo is that the virtual form works with a Random Number Generator (RNG) instead of the drawing system. Online Bingo involves more than half a billion-dollar yearly revenue and it’s continuously growing. What shows how popular this form of virtual gambling in the UK is that 50% of this earning is coming from the UK.

Women also rule online bingo just like the landbased version. Based on the surveys 83% of online players are female and only the rest are male.

The record jackpot was  £430,900 in the world of online bingo, but there are countless occasions where the prize can be compared to this amount.

We collected you all the bingo fun facts that can blow your mind, or place the game in a brand new aspect. Now only one thing left… Just search up the closest bingo hall and play! Or, if there is none nearby just simply pick one from the online Bingo casinos. Or, if you want to head the ventures right now, just simply pick Betway Bingo. They are not just among the most trustworthy options but also have the most user-friendly and good-looking facility. Learn more about them in our Betway Bingo review. Or…