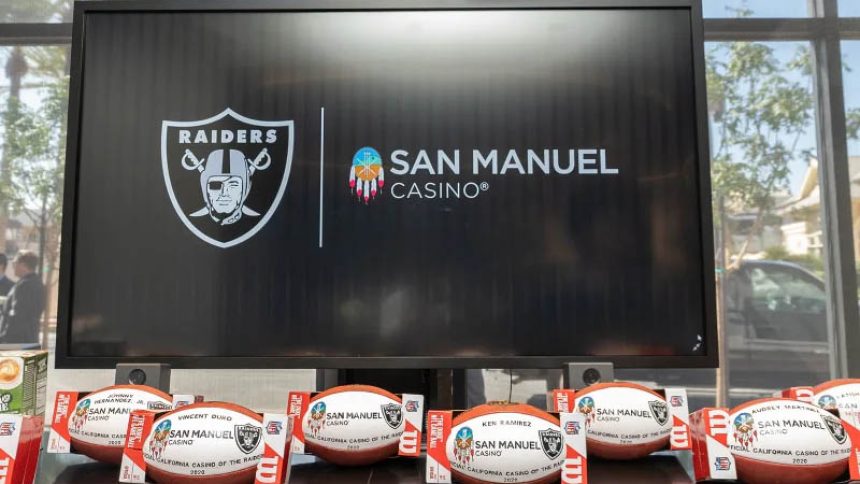 In this report, we will be taking a look at the news which unfolded just this week. It was announced that the Las Vegas Raiders and Allegiant Stadium have been unveiled as the new partners of San Manuel Casino. The deal will take place next year at the start of the 2020 season. Let’s take a look.

Before we jump straight into it, feel free to take a look at the latest online gambling news. On that page, we have a collection of all the hottest gambling-related stories, as well as all the freshest betting sagas coming out from the US. Head on over there now.

Celebrating the newly formed agreement, both parties came together in Las Vegas for festivities. Members of both San Manuel Casino and the Raiders were present at a private event.

Having already been well-established in the sporting scene in the US, San Manuel Casino also supports nine other professional teams across the NFL, NHL, MLB and the MLS.

Speaking on behalf of this new partnership, CEO of San Manuel Band of Mission Indians Loren Gill stated the following:

“The popularity of the Raiders in Southern California is unmatched.

“Through this partnership, we are thrilled to offer our guests more access to high-quality sports and entertainment.”

“We are pleased to have San Manuel Casino as a founding partner of Allegiant Stadium.

“Together we remain aligned in our dedication to providing our fans with the best-in-class experience.”

Where will the pair go on from here? It appears as though both parties will look at this partnership as a success, with the popularity of the Raiders and the credibility of San Manuel Casino.