You are here: Home /  Poker News /  Gambling news /  Latest News /  You Have a Chance to Play Poker with Edward Norton and Jonah Hill
Poker News 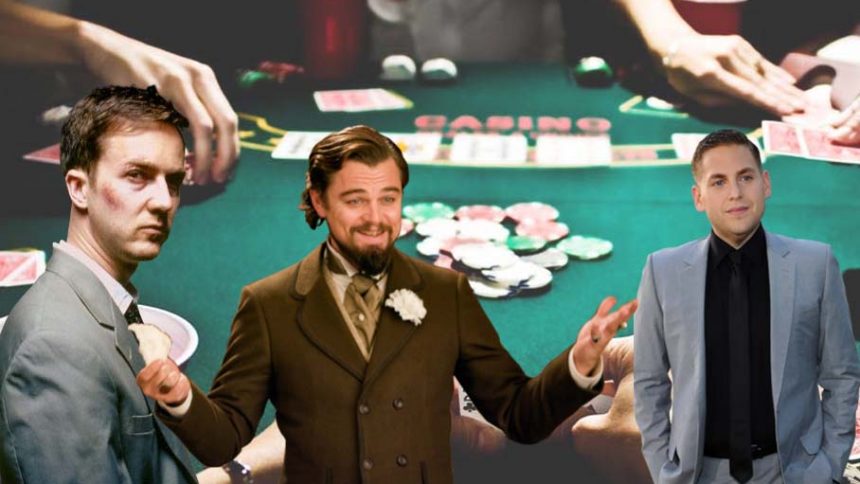 The Leonardo DiCaprio Foundation (LDF) offers a chance to play poker with Edward Norton and Jonah Hill. But of course it has a price.

Oscar laureate actor Leonardo DiCaprio doesn’t only shoot movies, run after Academy Awards and try to survive naked in a dead horse. He also aims to save the world raising awareness for the global warming and the negative human-related factors which destroy our world day by day. Go Leonardo! Well, before we cheer for Mr. Gatsby, we should also mention that he knows how to raise funds in a classy way.

Last week, LDF held a private auction in St. Tropez in order to attract rich people to get into the auction which aimed to raise funds for the Leonardo DiCaprio Foundation. The aim is saving the world. But how?

According to latest online poker news, the famous actor doesn’t possess only the talent of a good actor, but also the soul of an artist. He has friends in Hollywood and also in the art world. Thanks to his connections, he can easily find people donate works of art and special occasions to the foundations. What occasions are we talking about? A special private evening with Andrea Bocelli, private Elton John concert and poker game with Edward Norton and Jonah Hill.

The works of art and special occasions with celebrities are sold for millions of dollars. The first LDF auction managed to raise some $25 million while the second one reached $40 million. The third one which was held last Wednesday got sky high.

There are quite a few interesting things in the auction list such as Arnold Schwarzenegger’s Conan the Barbarian sword which has a price tag of $50,000, a 1950 Jaguar worth €165,000 and signed by Mark Wahlberg, Angelina Jolie, and Justin Timberlake, and breathtaking contemporary paintings worth thousands of dollars.

However, the most interesting offer for gambling fans is a poker game with Edward Norton and Jonah Hill. Leonardo DiCaprio foundation gives pokers fans a chance to play poker with Edward Norton and Jonah Hill without participating in Molly Bloom’s infamous poker parties. We will have the chance to learn more about the Poker Princess’ well-known Hollywood poker parties once the movie Molly’s Game is out. Such celebrity poker players as Ben Affleck, Tobey Maguire, and Matt Damon were seen in Molly Bloom’s poker parties along with Leonardo DiCaprio. LDF removes the need for finding Ms. Bloom and making all the efforts to go all the way to Los Angeles. Bidders can pay at least €110,000 and find themselves at a poker table with Edward Norton and Jonah Hill.

This amount is the current bid and the bidders can increase the price. This offers gives poker fans a chance to play poker with their idol Hollywood stars and contribute to the salvation of the world. If you are good enough, you can even recover the money that you spent to enter this game. If you don’t trust your poker skills, you can read our Poker for Beginners Guide to train yourself before you have a chance to challenge Edward Norton at the poker table.