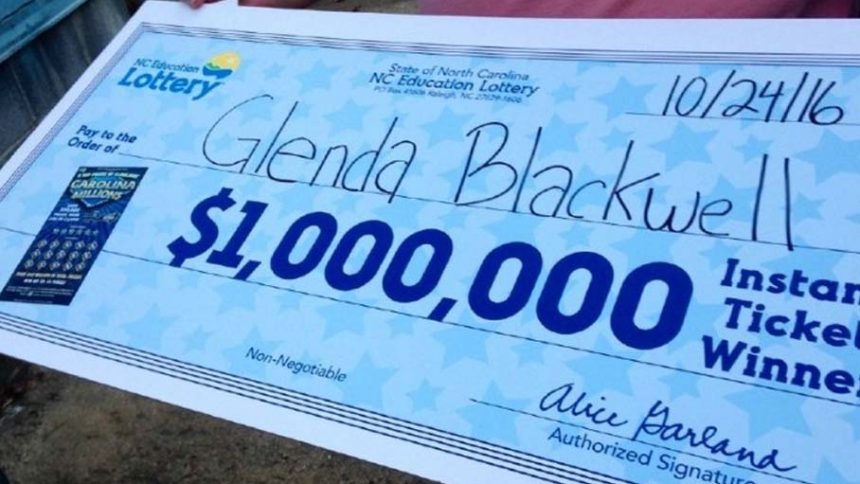 North Carolina Woman hit the Carolina Millions lucky numbers and won $1 million while trying to show her husband that lottery is waste of money.

One of the strangest jackpot winning just happened in North Carolina as Glenda Blackwell won $1 million accidentally while trying to prove how useless lotteries are. According to the report of Time Magazine, Glenda Blackwell’s husband Buddy asked her to buy two PowerBall tickets. This request pissed her off so much that she decided to spend $10 on a Carolina Millions scratch-off ticket. Her main was to show Buddy that amount spent on lottery tickets is a waste.

Blackwell wasn’t aware of the fact the deus ex machina was at work and she would come into fortune with a turn of fate just in a moment. She said that “I was going to be ugly and buy a scratch-off to show him they didn’t hit.” But Carolina Millions lucky numbers hit and she won $1 million.

After this huge win, Blackwell seems to believe in the chance of winning a fortune through lotteries. She stated that “I had to eat my words, but they were worth eating.” Her winnings were reduced to $415,503 after the taxes; however, it is still a huge amount of money to acquire with a tiny $10 investment.

Blackwell said that she plans to use her winnings to buy a new house and provide funds for her grandchildren’s education. Who knows? Maybe she will buy a new tablet pc and play PoweBall online in the United States.

If you dare to hit Carolina Millions lucky numbers or PowerBall jackpot, you can check our directory of best United States online lotteries. You can also find the best online UK lottery sites and online lotto sites to play PowerBall on our Lottery Section.