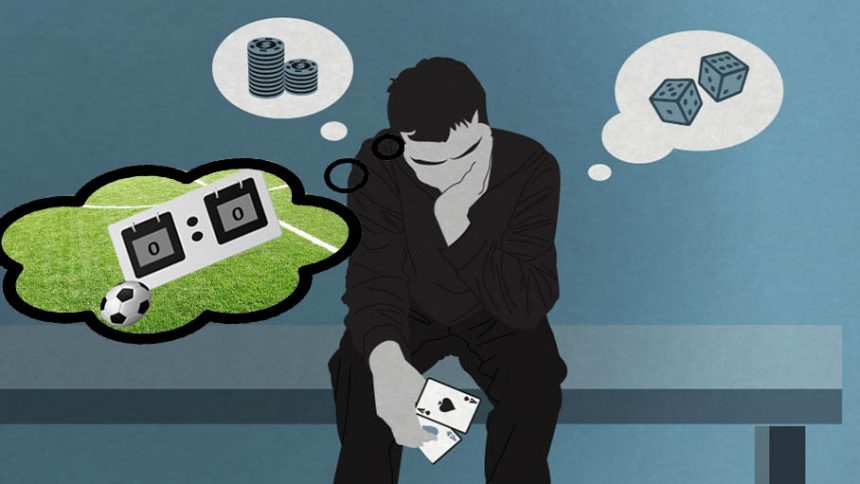 The research conducted by a PhD student from the University of Chester pointed out an interesting result. The achievement can be lower due to serious worries about gambling losses. So the presence of the two concepts, top football players and gambling is not a distant association, but a scientifically justified phenomena.

As the British Sociological Association established, some players usually use online betting sites in order to hide their gambling activities from the other players.

A PhD student from the University of Chester questioned 34 professional football players from both, major and minor leagues. The former professional football player, Graeme Law investigated the conditions of professional football, and the effect of money on players. He found out from the interviews that players are really overwhelmed with the worries caused by gambling. The main form of gambling among players is mainly poker games played at the hotels just before the matches. Therefore, players’ achievements on the pitch is significantly lower since they are not focusing on the actual game.

Top Football Players and Gambling, What Does the Research Say

Based on Law’s observations, the main reason of the players’ gambling is to relieve the feeling of boredom they encounter with during journeys and after training. He added, opposed to the public opinion, players’ daily actions are highly regulated and constrained so it’s understandable they feel bored.

As one of the interviewee, a Premier League player told Law that he lost a lot due to constantly thinking of the game.

One other player confessed, he saw many players lost money and when they were about to go to the pitch they played inadequately. He added, when he became a manager, he tried to ban cards, but he did not manage because you can’t really stop it.

Law stretched on the annual conference of the Sociological Association that today’s gambling environment is different from the former one. He explained further, previously gambling was a social interaction. However, nowadays players gamble online in order to hide their obsession from their partners.

As it was highlighted by one international player, today it is a culture of gambling in football. Although it can be dangerous if it grips someone.

One of the major conclusions of the conference was following declaration: In parallel with the fast pacing technology and the lack of awareness, gambling problems can endanger players.