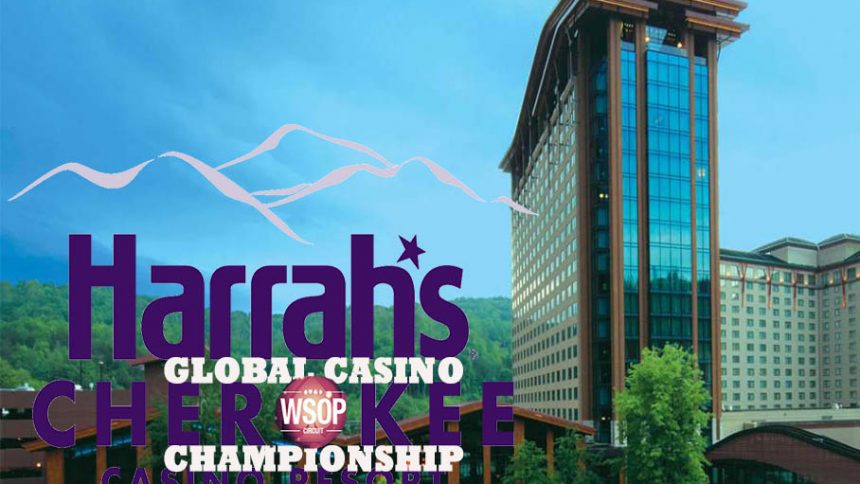 This year’s global casino championship will be held in Cherokee. The remarkable poker event is scheduled to take place in between the 9-11 August at the reputable Harrah’s Cherokee Casino Resort. As the tournament is coming soon, (relatively) we inform you in advance not to miss this great poker competition. So you still have roughly 4 months to be prepared or qualify.

The game will be played under the lights of ESPN cameras and a minimum of $1,000,000 in prize money is granted.

This means in practice that the two games will be played at the same time. The first stop of the WSOP’s Circuit will be held between 4-16 August, and the Global Casino Championship will be held during the WSOP event. The WSOP Circuit includes the standard 12 ring events, the fabulous $1, 675 Main Event and a $ 2,200 High Roller.

As the director of the WSOP, Ty Stewart expressed in a report that they are extremely excited about returning to Harrah’s Cherokee for upcoming championship. He added, the timing is great since they will end one season and the next one starts immediately at Cherokee.

Players who won a ring event during the season can buy in only for $10,000. Other players who are among the best 100 of the WSOPS world rankings can also enter for the same prize.

The casino is located in North Carolina close to the Great Smokey Mountains National Park. The well-equipped facility contains more than 100 table games, great number of slot machines and poker games. Functioning as a multi-purpose entertainment facility, it has several dining options, indoor and outdoor spas and gyms, and many other great opportunities.

So if you want to qualify or take part in any of these famous poker events, learn quickly how to play poker and try your game skills.