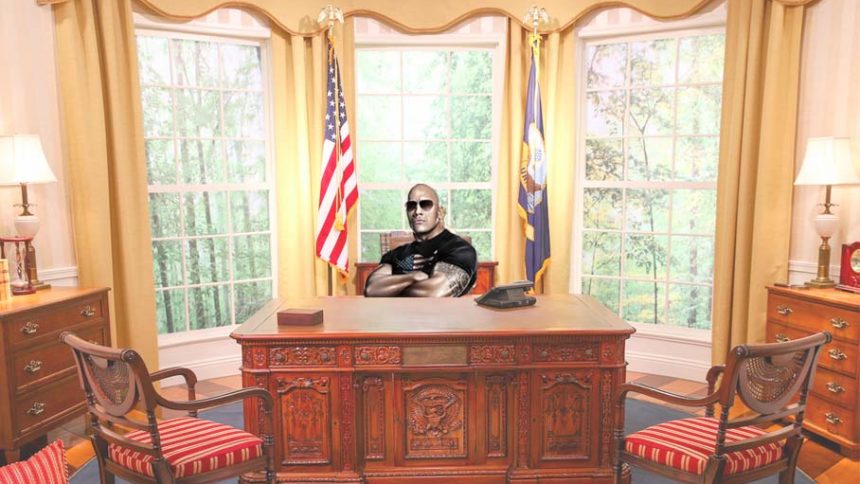 The Fate of the Furious actor Dwayne Johnson, a.k.a The Rock, has find himself a place in the US Presidential Election 2020 betting odds list after declaring his intention to run for president.

According to the latest online gambling news, the US Presidential Election 2020 betting odds list has started to feature a surprise name. The Fate of the Furious actor Dwayne Johnson has stated that he may run for president in 2020. Previously, the famous rapper Kanye West declared his intention to run for the president in 2020; but, the latest stated that he would rather try his chance in 2024 than competing against Donald Trump.

Considering the fact that Donald Trump’s high betting odds to win the election proved us wrong, we should take The Rock’s intention to run for president seriously. According to the famous online sportsbook bet365, Dwayne Johnson’s odds to win the next US Presidential Election are 67.00 (Click to bet on Dwayne Johnson’ to win US Presidential Election 2020 at bet365). It doesn’t seem very likely; however, always remember the Donald Trump example. The bettors who predicted his triumph way ahead made huge profits. Betting on Johnson’s success can be a lucrative investment in the long-term.

Moreover, Hollywood actors’ success in politics is not a bizarre phenomenon. The 40th US President Ronald Reagan had a prominent career at Hollywood. The Terminator Arnold Schwarzenegger has never run for president as he is not eligible for the post as a foreign-born, but he managed to reach the top in politics as the Governor of California. 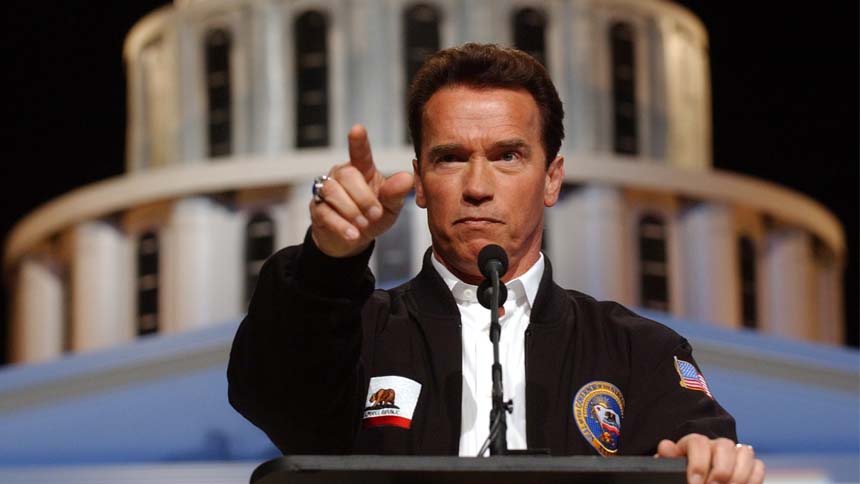 Another reason why we shouldn’t rule Dwayne Johnson’s chance of success out is that his background suggests a successful life in different fields. He studied Criminology and Physiology before he got a football scholarship in Miami. He showed interest in wrestling during his studies and became a professional wrestler; he is a medal collector indeed. Afterwards, he moved in to acting and became world-famous with the Luke Hobbs role in the Fast and the Furious franchise.

Would You Bet on Dwayne Johnson?

Seeing The Rock’s name in the US Presidential Election 2020 betting odds list is definitely exciting. But would you really bet on his success? His high odds indicate his low chance. However, odds don’t can mislead you big time as we saw in the examples of Brexit, Donald Trump, and Leicester City. The lesson learnt in the last couple of years: Underdogs can surprise you.

There are several questions need to be answered before we can name this bet a reasonable one. First of all, we still don’t know whether the Trump Administration will be able to satisfy the Americans’ expectations. So far we have seen only aggressive remarks, but there is no concrete action. The second issue is that we don’t know whether Dwayne Johnson would take side with the GOP or the Democrats. He stated that he was approached by Trump and Clinton during the campaigning periods and he chose to stay neutral.

Johnson has been cautious about his remarks about the government. Only thing he criticized was the travel ban on citizens of some Muslim-majority countries. He said that if he was the president he would include everyone rather than exclude them into the society as the American society was built on inclusion. This information suggests a Democratic tendency but it is hard to reach a verdict right away.

Who Does US Presidential Election 2020 Betting Odds Favor?

According to bet365, Donald Trump’s odds to win US Presidential Election 2020 are 3.00, which make him the strongest candidate for the next term. The second strongest candidate is the current Vice President Mike Pence with the odds 8.00. Considering the fact that he is also a Republican, it is not really likely that he will race against Trump unless the Republicans aim to overthrow the current president.

Hillary Clinton got very close to be the first woman to hold the highest-ranking governmental post in the US, but failed. Bet365 claims that the Democratic Party will participate in the next election with a woman again; this time the candidate will be Elizabeth Warren. Her odds to claim the job are 10.00. The former First Lady Michelle Obama follows Warren with the odds 17.00. It seems like Hillary Clinton’s chance has decreased drastically after the loss. Her current odds are scaled at 23.00. 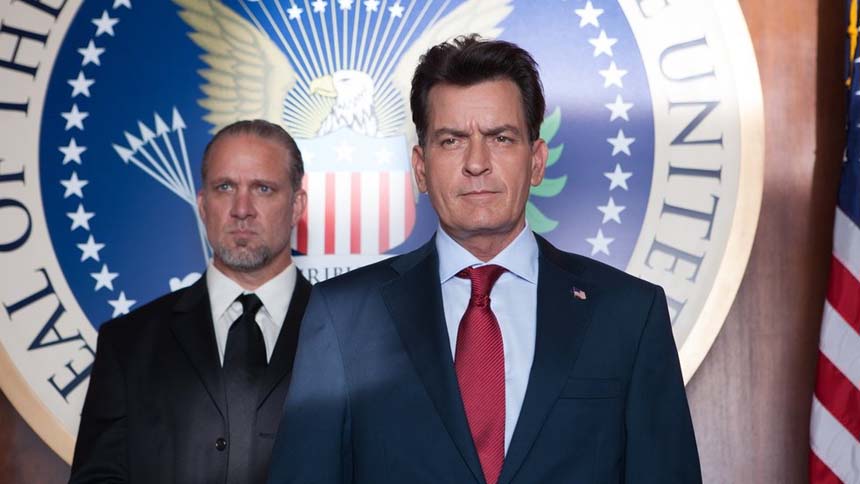 Hollywood has shown us many fictional presidents including Charlie Sheen (Source: Intermission Bristol)

Facebook founder Mark Zuckerberg’s odds are better than Al Gore’s. Zuckerberg’s chance to claim the post is 51 to 1. Bill Gates doesn’t stand a chance against the Facebook’s boss with mere odds of 151.00. George Clooney, on the other hand, can be an ideal name to bet on. His fame may get him enough votes to steal the job from Trump. Clooney’s odds to win the US Presidential Election 2020 are 81.00.