You are here: Home /  Gambling news /  The Art of Deception: Masks, Costumes and Intrigue in Casino Gambling
Gambling news 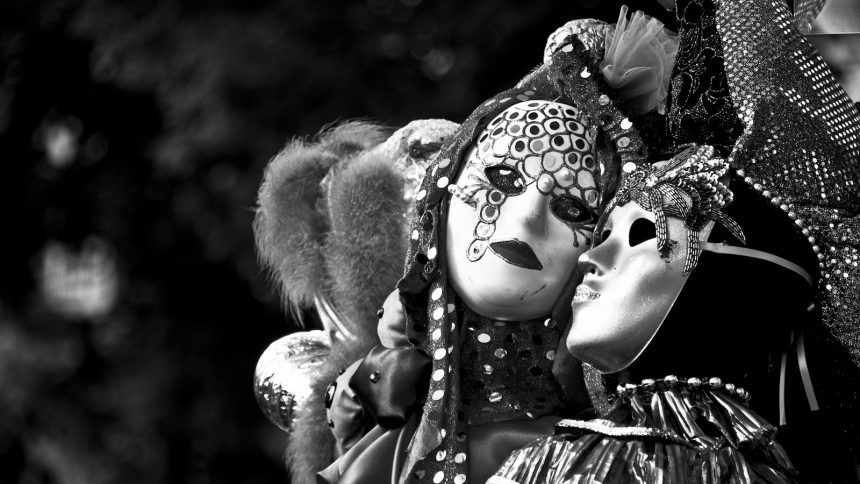 The Art of Deception: Masks, Costumes and Intrigue in Casino Gambling

Deception is the quickest path to riches in the world of casino gambling. Here are a few memorable examples of casino deceivers, actors and cheats.

Gambling is many things. Part hard-earned skill; part luck. But the most interesting part of gambling is that of deception. Throughout the centuries of casino gambling the art of deception has helped many gamblers win large sums of money.

Take poker for example. Success in the game depends on preventing one’s opponents from predicting the next move. One must smile when they’re disappointed, wince when they’re happy and show indifference when they’re practically bursting with excitement. Hence the popular expression, “poker face.”

When it comes to blackjack deception is also useful, but in a different way. A basic strategy player goes head to head against the dealer with no reason to conceal intentions. However, things are more complicated for card counters. While not considered to be cheating, no casino will knowingly allow card counters to operate at their tables.

Once sniffed out, a counter will be given the “back-off,” impolitely escorted off of the casino premises. And these days casinos keep registries of unwanted customers, so good luck trying to get back in. Without an adequate disguise, that is. Some of blackjack’s most genius and memorable characters have mastered the art of disguise to sneak their way past the watchful eye of casino staff.

Here’s an off-color, humorous take on some of the wackiest and most genius attempts—successful or not—in the history of casino gambling.

These days no casino or card room will allow a customer to wear a mask on the gaming floor. This goes for a few reasons: leveling the playing field, security, etc. But there was once a time when this wasn’t so; in fact, some companies produced and sold a product marketed as the “poker face mask.”

While the ingenious contraption was really just a piece of paper designed to fit around a human face, some poker players went wild over it during the early 20th century in America. At this time gambling was illegal everywhere in the US, although tolerated in some places like Nevada and Atlantic City.

The poker face mask is a symbol of a simpler, less regulated time, when casinos were black market establishments that didn’t much care what went on inside as long as they made their money at the end of the day. Players had the option of concealing their faces, and some did so. 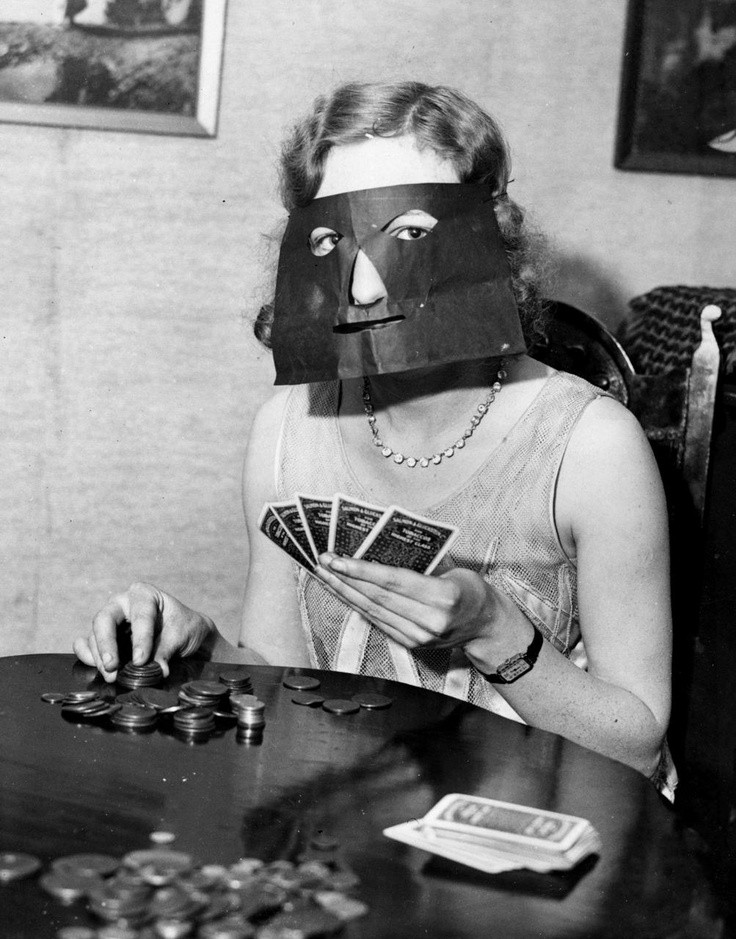 Blackjack legend Ken Uston trained under card counting and team play pioneer Al Francesco during the 1970s in Las Vegas. Eventually their team was found out by every casino in town and they were forced to shut down in 1978.

But while the team was disbanded, Uston used disguises to enter casinos on his own. His most popular persona was that of a Hoover Dam maintenance worker stopping into the casino on his way home from work. The getup was too commonplace to be considered suspicious.

He used other techniques such as wearing several different pairs of glasses, dying his beard and wearing a skull cap to conceal his impressive head of hair. Each costume brought a distinct persona with it; speech patterns, backstory, mannerisms, etc. He even used a relatively simple hi-lo counting system using these disguises, which usually worked because his acting was so believable.

Eventually feeling that there wasn’t enough money to be made on his own, Uston chose to run his own team. As Vegas was no longer an option, he searched for other ideas. He trekked eastward to the freshly-built casino industry in Atlantic City, putting together his own team of card sharps.

By the late 1970s casinos were getting a lot smarter at catching counters and teams. By 1979 the Uston bunch was banned from every casino in town. He kept the gig up for a while by resorting to his old disguises, but eventually the casinos caught on that as well.

However, in 1982 he won a high-profile court case against the Atlantic City casinos, with the Supreme Court ruling that it was illegal to ban a play for counting cards. He’s remembered as the man who took on the casinos and won, and blackjack’s greater ever master of disguise.

Whereas Uston used colorful disguises and personas to sneak past casino staff, Richard Marcus simply cheated. But while cheating in a casino is almost never successful, Marcus came up with a brilliant technique later called “the Savannah” or “reverse past-post.”

He would lay a stack of three $5 chips on the roulette table; a conservative bet unlikely to draw attention. If he won he would respond ecstatically; flailing his arms and shouting with excitement. To his or her surprise the dealer would discover that in fact he had bet $515 dollars on the spin; there was a $500 chip underneath the three $5s!

If Marcus happened to lose it was no skin off his back as that $500 chip was nowhere to be found. How did he do this? He was quick enough to remove the chip from the bottom of the stack while the croupier was turned away.

A fairly simple move but useful because it was unexpected. Usually cheats of the sort used the “past-post” maneuver; they would add a large-denomination chip to the pile after having won. Over time casinos wised up to this. But no one thought of a player removing a chip from the bottom of the stack.

Marcus used his quick hands and brilliant acting ability to take large sums of money off of Las Vegas casinos. He was eventually found out, but not until having made $5 million using the technique!

Liked this article? Take a look at the latest in the gambling industry! Don’t embark on a gambling adventure without checking our guides. You can also follow our latest gambling tips and news on Twitter and Facebook.
Tag blackjack history history of gambling ken uston masks richard marcus