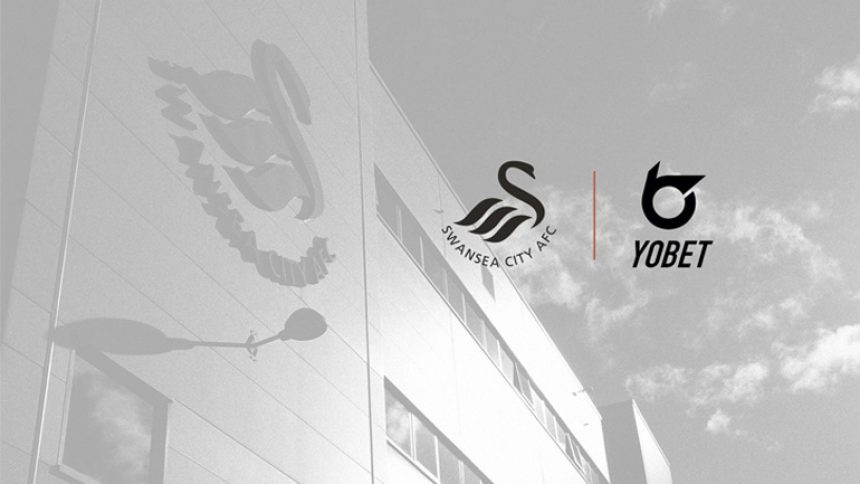 Swansea City Have Announced Yobet as their new Sponsor

This week, Swansea City joined the likes of Barcelona, Norwich City and Club Brugge by announcing that they have a new sponsorship deal which will change the identity of the club to a more fitting role. Now, Yobet will help boost the generated revenue of the football club which will lead to a rise in total profits. Let’s take a look at the story as a whole.

Many football clubs have gone out and agreed to new sponsorship deals this summer with Swansea City becoming the latest to do so. If you would like to find out which other clubs we’re referring to, check out our page for gambling news. Over there, you’ll be able to find each and every football club who has adopted new deals, as well as other betting stories.

The sponsorship deal will be the club’s primary shirt sponsor for the 2019-20 season. This is a landmark for Yobet as this will be the first time, they team up with an English football club.

Yobet will appear on the home and away kits for the coming season and will be worn in training as well by first-team players, coaches and backroom staff. Here’s what Chris Pearlman, the COO of Swansea City had to say:

“Yobet is a fresh-faced brand that’s eager to make an impact as they catapult into the sports sponsorship arena. We were keen to align with a brand that shares the same robust vision and understands the immediate needs of the club with regards to growth, stability and legacy.”

As for Derek Tan, Yobet’s Commercial Director, here’s what he commented on the matter:

“We are very excited to become the principal club partner and official shirt sponsor with such a historic football club and truly delighted to support the team and fans of Swansea City in their push for promotion.”

Do you think that Swansea City will finally get the promotion to the top-flight next season?

With a new brand to sponsor them, it appears as though they will certainly have a boost in terms of financial assistance from the revenue the firm and club will generate.