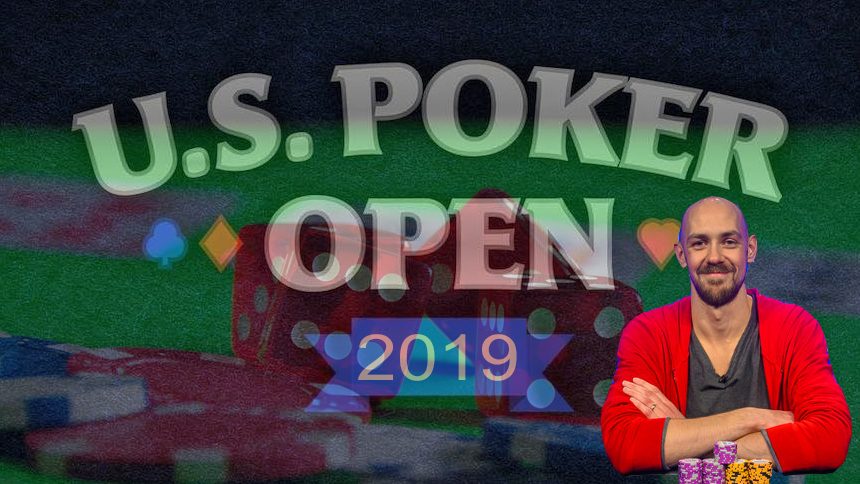 In this article, we’ll be taking a look at how Stephen Chidwick managed to conquer the US Poker Open for the third consecutive time. The English professional player from Kent was quick to his $216,000 win and has already won one third of the nine US Poker Open tournaments in history. Let’s take a look.

Stephen Chidwick At the Treble

Currently, Chidwick is out to an early lead in the USPO 2019 race which will give the winner an additional extra $100,000 courtesy of PokerGo.

Now, let’s take a look at some words from Stephen Chidwick after his successful spell:

“I kept running as I did last year, this is my favorite place to play in the world by far, and I came in focused and ready to play my best,”

“I think the Poker Central team and ARIA are doing an amazing job and part of the increase is probably due to the $100,000 that’s been added for the series champion. I think people really like playing at the PokerGO Studio and they’re telling their friends about it. I think the fields are just going to keep getting bigger and bigger.”

So, let’s see how it went down on the final table.

Joseph Cheong, who began the final table as chip leader, scored the first knockout when he raised holding ace-ten. Joseph Orsino defended his big blind with Queen-ten. Both players flopped two pair, the chips went in, and Orsino was knocked out in sixth place for $54,000.

It didn’t take long, for Chidwick and Lazaro Hernandez, who was the chip leader, to play a big pot. It was an easy win for Chidwick, who doubled into the chip lead, which he wouldn’t be budged from. He went on to say:

“I could’ve gone either way with that hand between calling or raising with Sean being short in the big blind,”

“If he wakes up with something I would’ve had decent equity against him and I was obviously not too happy with the re-raise by Laz but I got a good price to call.”

“I just smashed the flop and luckily it was one where he kinda had to get his money in too and that hand put me in a great position to win more pots after that.”

The final heads-up battle started when Cheong was dismissed by Sean Winter. Despite being the final two at the table, Winter was far behind Stephen Chidwick who had more chips then him. Winter managed to rack up $157,500 for his runner-up positional finish.

As for Stephen Chidwick, he’s managed to beat the odds and retain the USPO for the third time.

If you liked this article and wish to read similar stories, check out the latest online gambling news for all the hottest gambling-related stories out there.