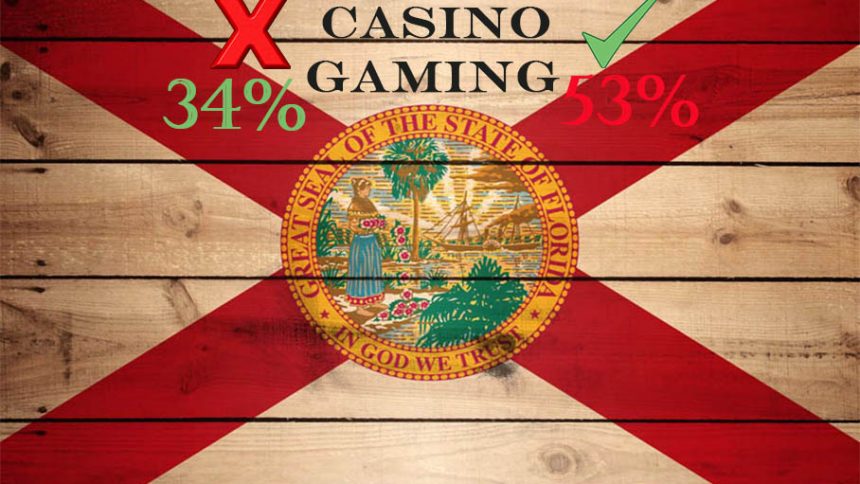 Casino gaming in Florida is strictly regulated by the state law. However, according to state law, gamblers can enjoy their favorite activity in tribal casinos, poker rooms or bingo halls. Based on the results of a recent poll, majority of respondents would support legal gambling in Florida.

The research was conducted by Survey USA between 4-6 March. The total number of voters were exactly 2450. People were asked via their home phones and smart devices. One of the most interesting result of the poll is the answers are dependent on political attitude, age, gender and race factors. The other noteworthy conclusion is, most of the people support the legalization of online gaming in Florida.

According to the Exclusive State-wide Poll, the rates of respondents were the following; two-third were in favor of casinos, and the remaining one-third opposed to it.

As it was published in a report at Bay News9, The 53% of respondents would approve casino games while the 34% voted against casinos games. Those who were not sure about the legalization of casinos in Florida constituted a mere 14%. You should also keep in mind that the majority of supporters were white males around the age between 35-49. People who were against online gaming were mainly white and Asian ladies in their mature ages (65 years+).

Since Republicans tend to be more conservative on these kind of issues, most of the supporters were Democrats (57%). However, Republicans were just at the back of Democrats with their strong 55% appearance. In terms of those who were against casino gaming in Florida, 41% were strong Republican and 35% were strong Democrats.

The Controversies of Casino Gaming in Florida

Casino business in Florida was always a bit of controversial issue, since the Seminole tribe and also the State have their own regulations. After the agreement allowing blackjack tables expired last year, the state’s and the tribe’s federal laws are still pending in this question. The agreement over this question seems to be a real challenge. Lawmakers just have rejected a $3 billion proposal offered by the Seminole tribe in the question of expanding gambling through the state.

A petition for a constitutional amendment would provide voters the chance of selection in terms of allowing or banning casino gaming in Florida. That petition requires over 680.000 signatures in order to be effective.

The recent poll gives us a snapshot about citizens’ opinions in the question and the possible outcome of that petition.