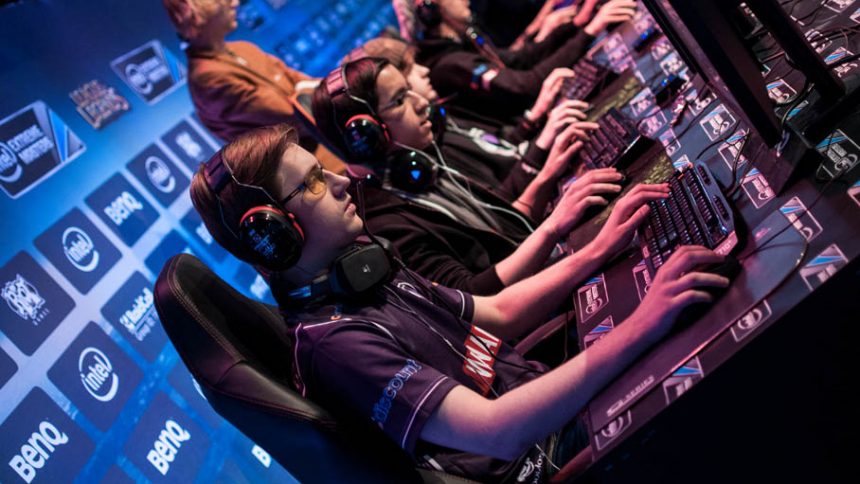 Ever heard of LoL eSports? LoL is short for League of Legends, an extremely popular competitive MOBA (Multiplayer Online Battle Arena) game by Riot Games, and it’s just been added to Norway’s official school curriculum along with Defense of the Ancients 2 (DotA 2) and Counter-Strike: Global Offensive.

Getting good grades for well-aimed headshots in “CS:GO” is no longer a fever dream for high school students as Norway embraces LoL eSports and other games as part of their official curriculum. The program is planned to roll out in the summer of 2016 for the first time in the government-operated Garnes High School, with the long-term goal of creating a competitive eSports team within three years time.

The eSports are to be unified under one subject, with the students being able to add five hours of class time playing (practicing?) a game of their choice to the existing school load of 30 hours per week. The grades they’d receive in this class would have as much weight as other technical or humanitarian subjects on the curriculum, meaning that, to high schoolers’ delight everywhere, “I’m doing my homework” could  finally become a legitimate excuse for playing a video game.

Sweden is not far behind, with at least three schools (one in Karlstad, one in Ovanåker, and one in Stockholm) featuring eSports as part of their selection of classes since 2014, GosuGamers wrote. A number of schools in Australia have also had eSports as elective subjects for some time now.

“It’s a smart way to keep students involved and interested in school. Rather than ridiculing kids for the amount of time they spend playing games, these schools are embracing it, encouraging  students to pursue their hobby in a healthy and connected way,” The Daily Dot reports, but how well this program will go remains to be seen.

The U.S.A. Grants Scholarships  to e-Athletes

As usual, the United States of America went a step farther: one of of the major colleges in Chicago, Robert Morris University, is now the first college in the world to offer an e-gaming scholarship for remarkable performance of its students, or “e-athletes,” in eSports.

LoL eSports and other competitive eSports took the Western world by storm. Previously, the popularity of professional video game tournaments was mostly limited to South Korea, where matches in Blizzard’s hit strategy game “Starcraft 2” get so much coverage that the game is almost considered a national sport. Korean eSports pro team members live and train together for up to 15 hours a day, and the best players are treated like pop culture celebrities.

So if you’re a gamer at heart and you want your kids to follow in your footsteps, consider moving to Norway; all those LoL eSports tournaments aren’t going to win themselves.