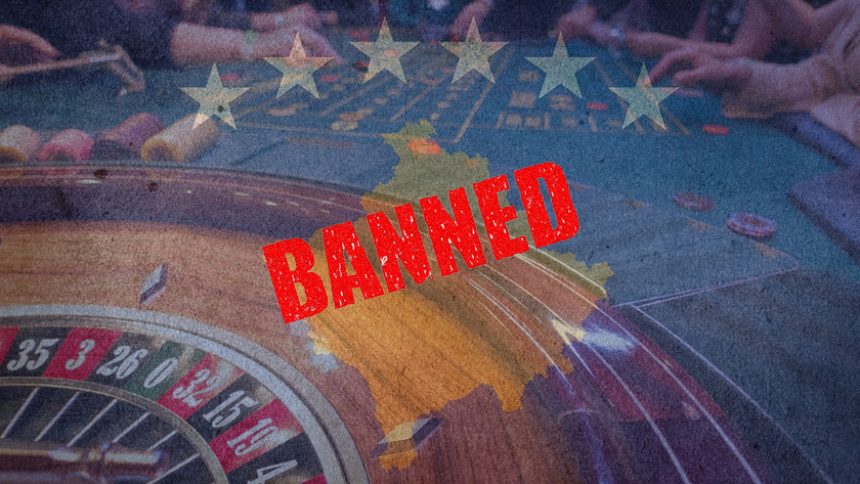 Kosovo to cease all gambling after double murder

In the capital of Albania, Kosovo, the government has shut down all gambling centres after a robbery turned into homicide and two members of staff were killed. All gambling facilities are on lockdown pending a motion that could completely ban gambling all over the country.

If you follow the latest online gambling news, you can find more news about illegal gambling operations and law enforcement against gambling venues. Feel free to check it out.

Kosovo police have shut down all gambling operations, as followed by the whole country on Friday, after parliament decided to suspend all gambling, with an outright ban set to pass after two people were murdered.

This sudden motion was called by the opposition party, Democratic League of Kosovo, LDK, whose leader, Avdullah Hoti, said the following

“The first point is for the government to initiate legal procedures to suspend the law [allowing gambling] … and bring in a law banning games of chance within 30 days,” Hoti said. The resolution was backed by 74 MPs and supported by all political parties in the chamber.

The two murders were linked in the space of four days in different casinos. A police office was arrested after the murders as a suspect.

“We can’t allow casinos that feed crime and gambling to determine the fate of individuals and our families,” Hoti said.

“In the face of this situation, we will not allow these venues to be arenas of crime that claim people’s lives,”

“The government and security mechanisms are already mobilized to react and prevent further degradation [of the situation],”

The speaker of parliament, Kadri Veseli, pledged that the authorities“will not allow Kosovo to be a centre of organized crime and illegal activities”

Do you think the Kosovo parliament is right to try and ban gambling in Albania? Bearing in mind the alleged suspect is a police officer, could that pose a greater threat if all the blame goes to casinos, bearing in mind the people killed just worked there as employees. Let us know in the comment section below.