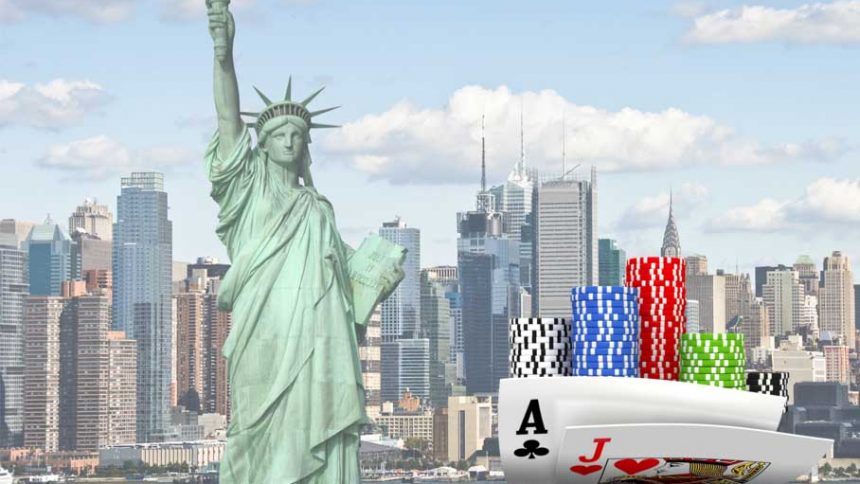 Is Online Poker in New York a Dream?

Fans of online poker in New York is waiting for the approval of a new bill A9049 which has been introduced by J, Gary Pertlow to the Assembly Committee on Racing and Wagering.

Back in 2011 the two biggest online poker sites Poker Stars and Full Tilt were banned in the USA. However, in 2015 New Jersey gambling laws allowed these sites to re-operate in the garden state. This constituted a positive steps towards the legalization of online gambling in the U.S.A.

During the last months New York, Washington, and Pennsylvania have been discussing the topic in accordance with the regulations of online poker in these states.

New York State Gaming Commission is responsible for the decision if any forms of online poker will be legalized or not, and also will be in charge of setting up the conditions of costumer protection.

Over the past years, online poker legislation has not been supported highly by the New York State Legislature. However, the positive attitude of the other states towards the online poker operations may erase the animosity of New York towards online poker activities in the state. Despite the fact that the former bill related to online poker in New York was under discussion in the fall, without results, New York legislators are more likely to give A9049 a more serious consideration this year according to the online poker news.

For now, it is not sure if the new measure will pass into law, however in the case of a positive consideration, it will have quite a favorable effect on the market of online poker in New York.

If the act will pass into law, New York can be the second largest online poker market in the world, after California. Along with New York and California, the state of Pennsylvania is considering the legalization of regulated online poker which is handled really seriously by the US online gambling laws. Online poker is legal only in 3 states at the moment, New Yersey, Nevada, and Delaware.

If the new regulation can manage to pass through the legal funnel of New York, our Poker for Beginners guide will definitely come in handy for online poker enthusiasts from New York.

Liked this article? Take a look at the latest in the gambling industry! Don’t embark on a gambling adventure without checking our guides. You can also follow our latest gambling tips and news on Twitter and Facebook.
Tag legislations online poker for beginners online poker in New York poker legalisation us gambling law