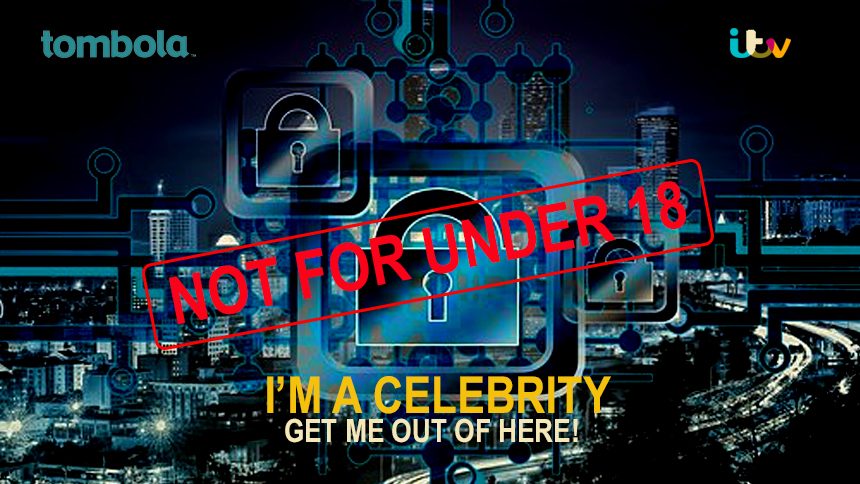 In this article, we’ll follow a controversial story with what’s been going on in the UK. According to the BBC, the official I’m a Celebrity, Get Me Out of Here! App has been looked-down upon by the UK’s advertising watchdog. Let’s take a look at the story as a whole.

If you’ve been following the latest online gambling news, you’ll already have some back-side knowledge to why there’s so much controversy around this story. In the UK, there’s been many calls for cancelling gambling adverts, as they dominate sporting events to television viewers.

What’s more, there’s approximately 55,000 children between the age of 11-16 who have admitted to being problem gamblers. A vast number of kids are on the border of falling in the dangerous trap.

Tombola at Fault for I’m a Celebrity Gambling Ads

The Gibraltar-based Tombola sponsored both the app from ITV and the featured advertisements inside the app. Those included virtual fruit machines and scratch cards. Tombola then came out and said that they had determined most users would be 18 or over.

After such a situation occurred, the Advertising Standards Authority told Tombola it must take more care in the future for how it targets its products.

The watchdog doesn’t have the authority to fine companies but can report offenders who’ve offended more than once to the National Trading Standards.

Although Tombola were able to prove that 91% of the viewing figures in the audience were 18 or over, it still doesn’t mean it’s alright to advertise gambling adverts for the viewers.

The popular I’m a Celebrity attracted more than 12 million viewers during parts of its run between November and December.

ITV have some points which is that the show was broadcasted after 21:00 and most youngsters would not find any appeal at all in the show.

Either way, the Advertising Standards Authority said some under-18’s would’ve downloaded the application nonetheless and ITV had not installed a system to direct the audience away from gambling promotions.

In conclusion, the ASA stated that Tombola had not taken sufficient care to minimize under-18’s exposure and thus have broken the rules.

Tombola have not yet replied.

We have a few words from an anonymous source speaking to the BBC:

“We take our responsibility as a broadcaster and app publisher very seriously and the I’m A Celebrity app is not produced for or targeted at children,”

“We are always looking at new ways to ensure the safety of our viewers and ensure ads are served to appropriate audiences on our apps.”

We wait and see what the final outcome of this story will be and whether or not I’m a Celebrity will receive fines along with ITV and Tombola.