You are here: Home /  Gambling news /  Latest News /  Lotto News /  Friday the 13the Story of 2016 – Curse of the Lottery Jackpot Winners
Gambling news 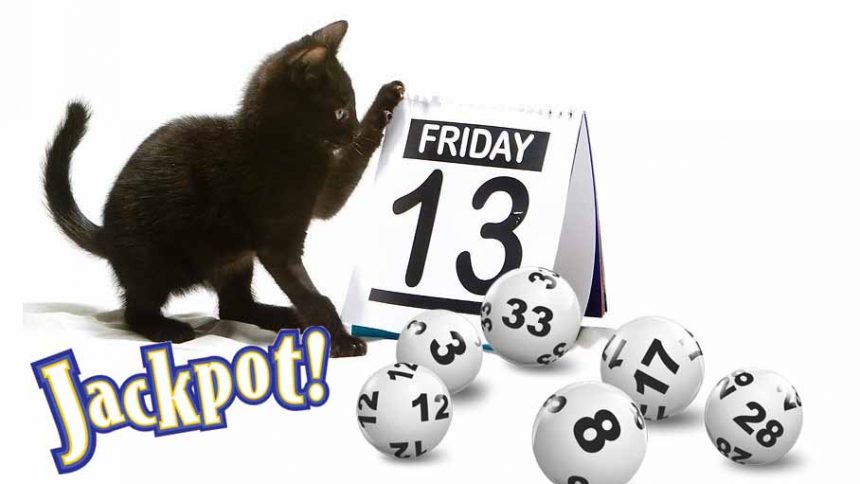 It is Friday the 13th of 2016 and it is the best time to talk about the curse of the lottery jackpot winners. Winning the lottery jackpot online is a dream to strive for lifelong for most of us. Some people win it twice, some never achieves it. But some people regret winning more than anything.

Your chance of winning the Powerball jackpot is quite low but if you do, you have to be careful about your physical and mental health as the curse of the lottery jackpot winners may be more hazardous than the curse of Tutankhamun. Here are the stories of people who won the lottery and lost more important things like their lives:

Abraham Shakespeare won the $30 million lottery jackpot in 2006 and became a super popular guy among friends and relatives, naturally. He was desperately looking for someone to help him to escape from the greedy people all around him. Finally, he met Dorice (Dee Dee) Moore. She convinced Shakespeare to transfer his assets to her. Obviously, he was naïve enough to do that. Moore killed him to gain all the wealth; nevertheless she couldn’t escape from the law and convicted to life sentence. The curse of the lottery jackpot winners ruined the lives of both people.

David Lee Edwards won a $27 million lottery jackpot in 2001. He was unemployed and into drugs and felony. He quickly wasted his money on establishing a luxurious lifestyle as he bought a $1.6 million mansion in Palm Beach Gardens, three race horses, a Lear Jet, a fiber optics company, a limo business and a $200,000 Lamborghini Diablo along with many other luxurious. However, luxury couldn’t save Edwards from his crooked lifestyle as he continued using drugs. He got into trouble with police due to crack cocaine possession. He lost all his money and started living in a storage surrounded by human feces. Curse of the Lottery Jackpot Winners found him in a really bad way and he finally died in a hospice at the age of 58. This is definitely among the Powerball winner horror stories.

Jeffrey Dampier won $20 million from the Illinois Lottery in 1996. He was clever enough to start a lucrative business with this huge lottery jackpot and he established a popcorn business. His business plans went well and he was enjoying the success of his Kassie’s Gourmet Popcorn in Tampa, Florida. The fact which brought the curse of the lottery jackpot winners to him was his affair with his sister-in-law Victoria Jackson. Jackson’s boyfriend forced her to shoot Dampier, otherwise he would kill her. He chose being a murderer rather than being dead and she shot Dampier in the head. Dampier could enjoy the sweet luxury brought by the huge lottery jackpot for 9 years.

The 46-year-odl Chicago resident Urooj Khan’s fate is definitely one of the most interesting stories of people who won the lottery jackpot. Khan could enjoy his $1 million jackpot prize only for a day as he died suddenly after winning the jackpot. It turned out that he was killed with cyanide. His murderers couldn’t be found. His winnings were divided between his daughter and his wife.

26-year-old young fellow won $15 million in a British jackpot in 2002. Well, as a young guy he did what many young people would do; he blew his money on parties, drugs, cars and hookers. He bought a villa in Spain, quad bikes, demolition-derby cars and flashy jewelry. In other words, he created his own Disney Land. Eventually, he ended up in prison due to drug possession. He may regain his fortune if he keeps playing online lotto as you can play online lottery from anywhere in the world, even in prison.

West Virginian Jack Whittaker won a $315 million multi-state Powerball jackpot in 2002. He was a rich man with $17 million already. With this jackpot prize he got even richer. He became a philanthropist and started to spend his money on building churches and helping Christian charities. He even established the Jack Whittaker Foundation to provide clothes and food to poor families. However, the curse of the lottery jackpot winners found him as well. Whittake was arrested for drunk driving and threatening a bartender. He was also sued for harassing a woman at a racetrack. He was robbed big twice; once outside of a strip club for $500,000 and also for $200,000 another time. His wife left him and he became an alcoholic. He started to give his 17-year-old granddaughter a weekly allowance of $2,100. Obviously, she had enough money to afford anything and she and her boyfriend died of drug overdose. His daughter died later on as well. The lottery jackpot win was a huge misfortune for the Whittaker family, no doubt.

Well, you already know the history behind Friday the 13th. For the lottery jackpot winners, every day may turn into the Friday the 13th unless the winners acts wisely. If you want to win the Powerball jackpot and stay away from the attention of greedy people, you can play online lottery from anywhere in the world and stay incognito even if you win a huge jackpot. Check our best online lotto sites reviews to know more about how to play online lottery.