You are here: Home /  Gambling news /  Latest News /  Lotto News /  How to Cheat the Lottery in the US – Keep Your Faith Hit the Jackpot Twice
Gambling news 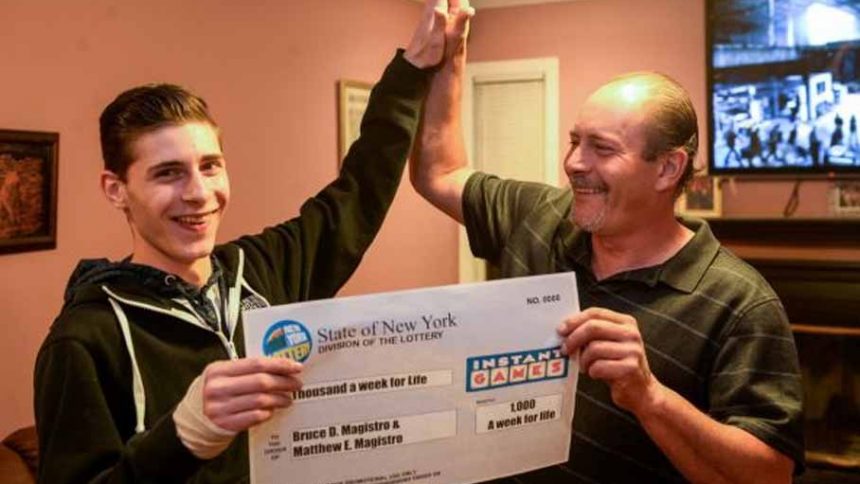 If you are wondering about how to cheat lottery in the US, you should first believe in faith and keep trying since one day you may hit the jackpot for the second time as the Long Island construction worker Bruce Magistro.

Hitting lotto jackpot once is close to impossible. How about hitting it twice? Well, that is quite possible since the Long Island construction worker Bruce Magistro scooped $1 million for the second time recently.

According to latest US online gambling news, Bruce Magistro won the $1 million jackpot for the second time with an a Week for Life ducat. He first won the big prize in 2012 with an Extreme Cash scratch-off ticket. However, he couldn’t enjoy the sweet warmth of the huge cash as his wife was undergoing cancer treatment at that time. He spent most of his fortune for his wife’s treatment. Nevertheless, she died two years ago.

Magistro couldn’t cheat the death angel who took his wife; however, he managed to cheat the lottery in the US and won the jackpot for the second time. 48-year-old man bought the winning A Week for Life ducat on April 11 at Mike’s Super Citgo. Now, he is waiting to be announced as the winner officially by the lottery officials.

He stated that first he will pay off his mortgage and then invest his money in order to make more out of it. This jackpot is a life changer for sure.

Magistro’s annual after-tax income is $33,090. It means the jackpot brought him the amount which he can earn in 30 years. Two jackpots mean the money of 60 years of toil.

When Magistro first won the jackpot in 2012, the lottery official told him to keep playing. He took her advice and won the jackpot for the second time. So, if you want to cheat the lottery, you should believe in your fate first of all.

If you are far away from the US or you don’t want to get out of your house to get a scratch-off card or a lottery ticket, you can play online lotto in the US or any other corner of the world easily.