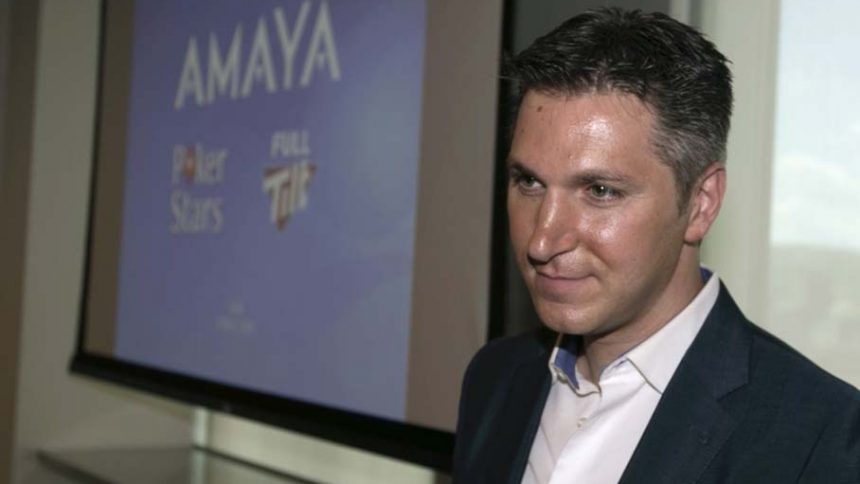 Former Amaya CEO David Baazov has offered a deal worth C$3.48 to privatize the company. Baazov is among the founders of the famous online gaming company and he currently holds 17% of the shares. His bid came after William Hill Plc called off the merger talks in October.

As a matter of fact, Baazov’s intention to buy the company is not a secret. According to the latest online poker news, the former Amaya CEO showed his intention to buy the giant online gaming company which owns such popular European and US online poker sites as PokerStars and Full Tilt Poker. However, he took an indefinite paid leave of absence after he was charged with insider trading by Quebec’s securities regulator.

What makes David Baazov’s zeal to be really difficult is the increasing interest in the shares of Amaya Inc as the company has performed over the expectations this year. Amaya’s total revenue increased 9.5% to $270.8 million from $247.3 million. It is higher than the estimations of the analysts who predicted $270.1 million revenue for the company.

Amaya announced that their customer registrations increased 1.9 million this year which has totaled up to 105.5 million. This steady increase in player numbers and revenue has increased the interest in Amaya’s shares immensely.

The former Amaya CEO David Baazov explained in a letter that the company does not obtain any profit from being public. He stated that “as the online gambling industry continues to mature, I believe that it is in the best interests of Amaya to be positioned as a private company.”

He also claimed that his familiarity with Amaya would make the negotiations smoother and faster. Moreover, he is ready to pay the deferred payment of $200 million which Amaya owes to the former owners of PokerStars.