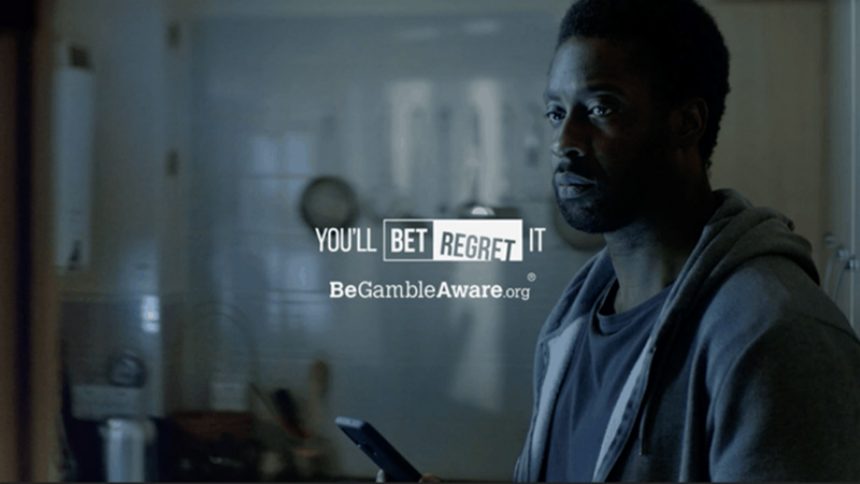 The Bet Regret campaign is once again operational in the UK with GambleAware launching their second wave this year. The primary purpose of GambleAware is the encourage bettor to “think twice or you’ll bet regret it”. The slogan is quite nice and can certainly be thought provoking should you take to its simple message. Let’s take a look.

Earlier this year, the Bet Regret campaign was launched by GambleAware and was the largest campaign which the organization has produced. The primary goal of Bet Regret is to make bettors think again before betting, especially if they are doing so while bored, drunk, or chasing losses.

Currently, it is estimated that 2.4 million men between the ages of 16 and 34 regularly gamble on sports, with 87% of them watching football regularly in the UK.

In a survey conducted by GambleAware, results show that 63% of young male sports bettors claimed there are too many betting opportunities, while around 2 million adults suffer some level of harm related to gambling.

In the previous Bet Regret wave carried out by GambleAware earlier this year, results show that 61% of their intended target had a recognition rate which shows greater success with those who exhibit risky behavior.

The second phase of GambleAware’s campaign will commence this weekened and is partially funded by GVC Holdings, which donated 42 football sponsorships to the cause.

The Bet Regret logo will feature on all of the clubs’ key collateral.

Here’s a few words from the CEO of GambleAware, Marc Etches:

“The Bet Regret campaign is really starting to gain momentum and seems, at this early stage, to be resonating with our audience.”

It certainly appears as though the Bet Regret campaign is truly on the rise and will push ont o greater success in the coming future. Perhaps by simply thinking twice, a lot of punters may be happy with not having placed wagers they will later regret. We will be keeping a close eye on the matter and you can find any update on the situation at the latest online gambling news. Feel free to head on over there now.