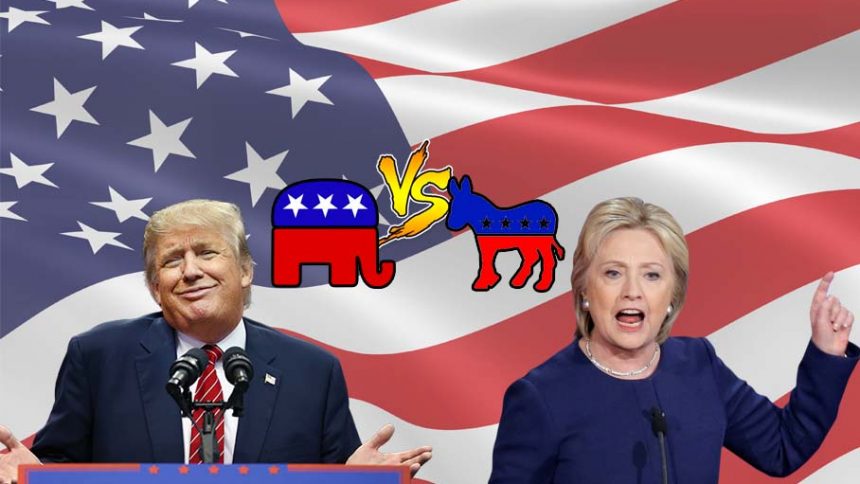 US Presidential Election 2016 first result came from New Hampshire’s small town called Dixville Notch. It was extremely easy to count the votes in this pretty little town on the east coast, close to the Canadian border due to the fact that there are only 8 voters in the small community.

According to the US Presidential Election 2016 first result determined by the voters of Dixville Notch, Democratic Party nominee Hillary Clinton won four votes while her opponent Republican Party nominee Donald Trump managed to win two votes. Libertarian nominee Gary Jonson got one vote in his favor.

Midnight voters of Dixville Notch proved that they also have a good sense of humor. Former Massachusetts governor and Republican Party’s 2012 Presidential Election nominee Mitt Romney managed to win a vote from Dixville Notch although he is not running for the president this time.

Another New Hampshire town which voted early Millsfield heavily favored Donald Trump over Hillary Clinton. Grand Old Party nominee received 16 votes while the Democratic Party nominee got only four votes in this town. In the governor’s race, Sununu got 18 votes while Van Ostern could win only three votes in Millsfield.

US Presidential Election 2016 first result indicates the dominance of Hillary Clinton as predicted by the best US online gambling sites along with the top European online betting sites. Let’s take a look at the latest US Election 2016 betting odds in order to bet on this excitement online in the last minute!

According to popular US online betting site Intertops, Hillary Clinton’s odds to win the race are 1.18 (-555.56) while debated Republican Donald Trump’s odds to move to the White House are 4.75 (+375.00). Click to bet on US Presidential Election 2016 at Intertops!