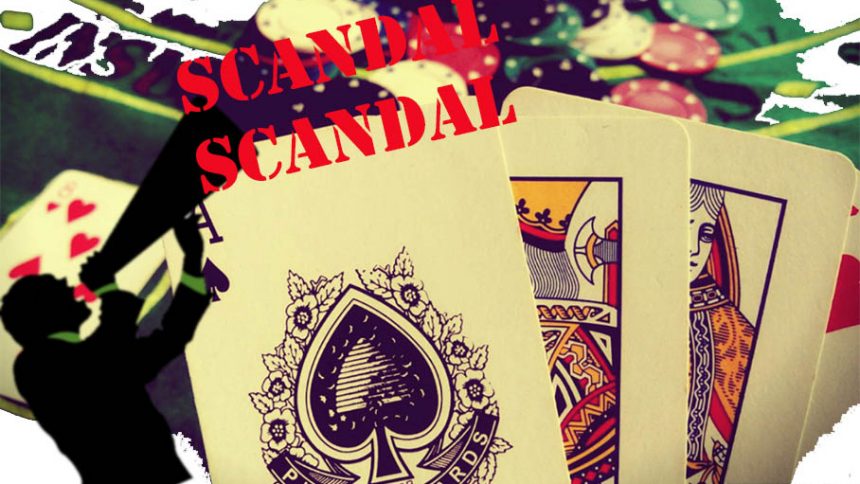 In Serbia, due to a technical glitch” winning numbers were shown on the screen before the actual numbers were drawn. After the scandal, the head of Serbia’s state lottery, Aleksandar Vulovic has resigned but denied any mistakes were made.

In Italy, owning to the swindler’s creativity, blindfolded children were picked the numbers up and they were bribed with millions of Lire to pick the right numbers and doing obvious things like loosening their blindfolds, or altering the temperature of certain balls – one child’s hand was burned because the temperature was so high –  and adding sticky varnish to the balls to ensure the right ones were always picked.

The famous Pennsylvanian Lottery scandal, in the 1980’s was so well-known that it was named like a movie title, Triple Six Fix. Moreover, the crime inspired the famous movie, Lucky Numbers in 2000, starring John Travolta and Lisa Kudrow. In 1980 during jackpot game, an evil number 666 were drawn because the balls were manipulated and the standard balls were swapped for weighted balls, so 4 and 6 appeared only.

Caesars Entertainment Casino’s money laundering issue is definitely among the biggest gambling scandals. The casino had to pay $8 million civil penalty because of the perpetration of seriously deficient anti-money-laundering activities in the Caesar Palace casino VIP rooms, which mainly catered to China.

The another famous issue which was a film idea too, is Jack Abramoff’s Native American lobbying scandal and his dealings with SunCruz Casinos. The man was sentenced to 6 years in prison for fraud, conspiracy and tax evasion, on the top of it all. After he was released from the prison, he wrote his biography titled with; Capitol Punishment: The Hard Truth About Corruption From America’s Most Notorious Lobbyist. His book was published in 2011, moreover two films were made inspired by this issue, a documentary titled Casino Jack and the United States of Money, and the film starring with  Kevin Spacey, titled Casino Jack.

Full Tilt Poker was an online poker room and online casino opened in June 2004, operated until August 2014. Ray Bitar, one of the former owners – who managed to avoid prison sentence owing to his urgent heart transplant –  was suspected with the disappearance of more than $300 million worth of player funds.  Despite, he admitted that the ‘safe and secure’ phrase was a bogus in their website as a description for player’s funds, no one was found with stealing money from the players and the accusations were never proved. Later on, Full Tilt was acquired by Amaya Gaming in 2014 and it has become one of the most popular online poker casinos in the world.

29-year-old Tony Ahn lost his job, pleaded guilty and was sentenced to 57 months in federal prison because of conspiracy and betraying the trust of his company. Moreover, he was also sentenced for winning $863,895 from slot machines unlawfully.

He and his fellows in crime buried all the proves, a computer, card encoder, flash drive and blank player’s club cards in the desert, but few months later with the help of cooperating defendants, FBI agents dug up the items and used them against the defendants during the further allegations.

All of these gambling scandals presume high level of creativity in the wrongdoers’ mind and unique ideas in the field of criminality, however we would not encourage to remake any of them as an imitation.

Liked this article? Take a look at the latest in the gambling industry! Don’t embark on a gambling adventure without checking our guides. You can also follow our latest gambling tips and news on Twitter and Facebook.
Tag casino scandals gambling scandals lottery scandals poker scandals slot machine scandals