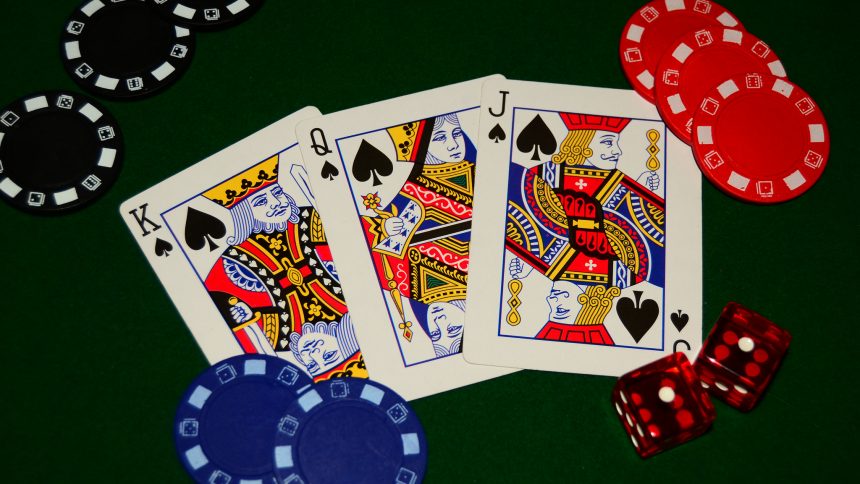 What Exactly is Three Card Poker?

Unlike standard poker, in the three card variety you’re playing the dealer. And as the name says, there are only three cards involved in this version, making the rules slightly different to your usual poker game. Read how in our three card poker for beginners guide!

Three card poker’s popularity is on the rise, and it’s easy to say why.

This variant of poker is essentially two games rolled into one. You’ve got your ante and play bet, in which you go against the dealer with the highest hand, but you’ve also go the Pair Plus bet, which rewards you based on the quality of your hand, starting from a pair or better.

The first thing is to understand the betting system. You can make three bets in a three card poker game. In order to qualify you must pay the ante. This buys you into the game. Then there is an optional Pair Plus bet, which wagers on you getting a pair or more.

After you’ve made the initial bet, the dealer will deal out three cards facing down to each player and him or herself. The player gets the chance to look at the cards and decides whether he or she wants to play the hand. If the cards are not to the player’s advantage, he or she can fold, and forfeits the initial bet or bets.

In the case the player has a favorable hand, then a play bet is made, which carries the same value as the ante.

Once the play bets have been wagered, the dealer reveals his or her cards. The dealer needs to minimum get a queen high to qualify for action. When the dealer doesn’t qualify, the player receives even money on the ante bet.

Just to make the scoring a little more complicated, if the player makes a Pair Plus bet, the payment of this bet solely depends on the player’s hand, and getting a pair or more means you’ll get the payout regardless of the dealer’s result. This also pays out at different ratios depending on the hand. There is also an ante bonus for high hands of cards.

Once you get over the three bet system, this is not a particularly difficult game. However, knowing which hands are in your advantage can help you to know when to bet and when not to.

Three card poker is relatively simple to play, and the accompanying strategy is not so difficult either. Here are some tips on upping your poker game.