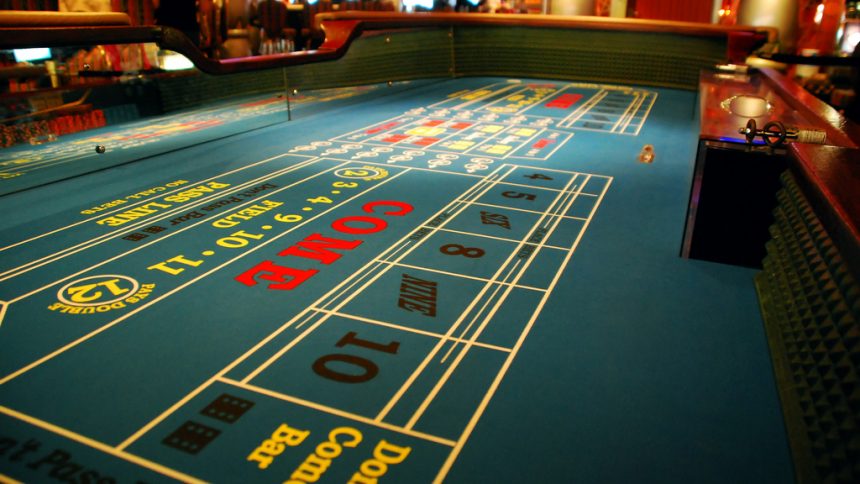 What Exactly is Craps?

Craps is one of the most fun casino games there is, but for the first timer this game of dice can appear daunting. But fear not, our craps for beginners guide will help you with that!

In simple terms, craps is a game of dice where you can bet that the shooter wins or loses. The shooter has to make a bet, but spectators can join in the fun whether the player manages to win or not.

The game is played with two dice, and the total is taken whenever the dice are rolled, which ranges between 2 to 12.

There is a wide range of bets that can be made, and it’s also the only casino game that has a bet where the house has a 0% edge.

On first impressions Craps might look extremely confusing with the multitude of bets the player can make, but the truth is Craps doesn’t need to be difficult. You will realize it after you read our Craps for Beginners guide.

When the puck marker is black, it means the game is open for anyone to play, but if it’s white, then you’ll need to wait.

Once you’ve bought some chips to play the game, you can get started with a basic pass line bet.

A pass line bet is a wager that the shooter will win the game. This is made before the shooter begins his or her roll, where the first role is known as the come out roll.

If the shooter rolls a 7 or an 11 in the come out role, then you win the pass line bet.

If any other number is rolled, then that qualifies as a point and the player continues to get the winning value.

In the instance the point is rolled, then the game changes. The point value become the number the shooter needs to roll to win. If the point number is rolled before a 7 is hit, then the pass line bet wins, if a 7 is rolled first, then the bet is lost.

So for example, the shooter rolls a 6, this becomes the point, so the shooter needs to roll a 6 before a 7 to win the bet.

You can make a “does not pass” bet, which is the opposite bet.

Another good bet to make for the introductory player is the odds bet. This is made after the come out throw, and is an additional bet made behind the pass line bet. This is one of the few casino bets that has a zero house edge.

There is another novice-friendly bet that you can make and that’s the come bet. This functions the same way as the pass line bet, but is made after the point is established.

Many Craps players like to place a pass line or a come bet on each roll, which changes the variance a lot, but you’ll still have the same house edge. This betting strategy does mean you’ll get more action in the game.

One of the basic strategic moves in Craps is to bet on the pass line or come bet and then place the maximum possible bet on the odds.

For those looking to reduce the house edge as much as possible can even opt to bet on a “don’t pass” or “don’t come” and combine it with a “lay maximum odds bet”.

Liked this article? Take a look at the latest in the gambling industry! Don’t embark on a gambling adventure without checking our guides. You can also follow our latest gambling tips and news on Twitter and Facebook.
Tag beginner guide craps craps for beginners craps guide craps rules craps tips craps tricks gambling for beginners gambling guide gambling rules