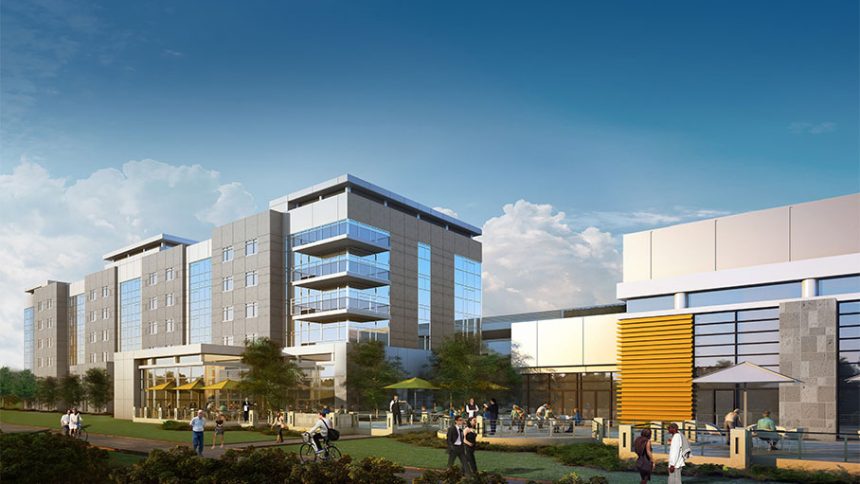 The topping off ceremony of Rivers Casino in Schenectady was held on Monday, celebrating the success of the construction site. Major details of the casino project were revealed including the dimensions of the gaming complex. It is obvious the casino is a real gambling giant, will operate on 160,000 square-foot.

The reason of the celebration was symbolic, represented the installation of the building’s last 1200 tons of steel beam. The gaming facility will be finished by 2017 and aimed to be booster of waterfront tourism and the entertainment facilities in New York.

As it was established in the construction plans, the $330 investment includes a gaming floor with wide variety of slot machines and table games. Moreover, banquet venues, steakhouses, a spa, a lounge and a 163-room hotel.

Rivers Casino is a private investment supported by Rush Street Gaming in Schenectady, New York. The building complex is located in the neighborhood of Mohawk Harbor development being constructed by The Galesi Group.

As the vice president of LeChase’s confessed about the Monday ceremony, that day was big in terms of the construction process. He stated that the next point will be the finishing of the interior works.

As it is estimated, there are roughly nine more months of work until the finishing date of the promising Rivers Casino in Schenectady. Since the project is going well, hopefully there won’t be major delays in the construction plans. As Rush Street Gaming said the Rivers Side Casino is due to open at the first quarter of 2017.

The evaluation of the several thousand applications has already started, said Mary Cheeks, the general manager of the gaming venue. The manager added, training programs will start soon in order to prepare the best crew for the challenge.

Based on the expectations and the accomplished construction plans, the Rivers Casino in Schenectady, New York will definitely bring something new in terms of the labor market and the tourism of the ‘Empire State’.

Liked this article? Take a look at the latest online gambling news! Don’t embark on a gambling adventure without checking our online gambling guides. You can also follow our latest gambling tips and news on Twitter and Facebook.
Tag construction plans gaming mammuth opening date 2017 Rivers Casino in Schenectady topping off ceremony