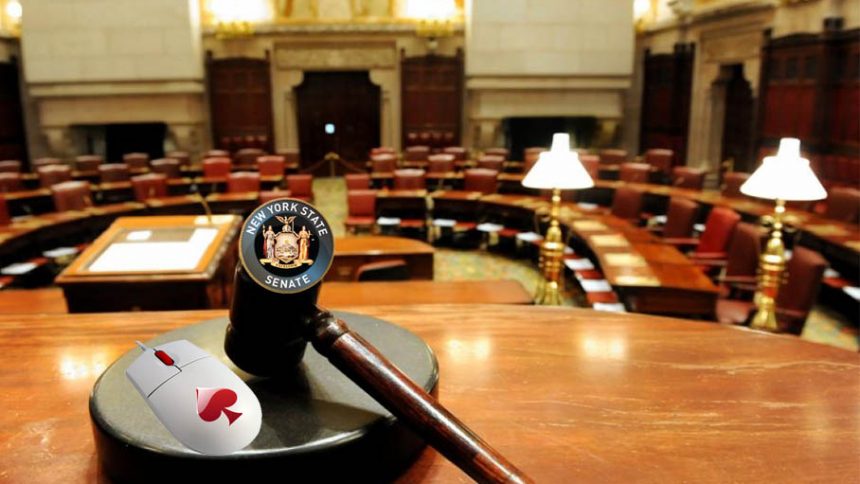 Online poker regulation in New York is going to be a part of the budget plan. It seems, politicians are in favor of supporting a fiscal plan that accepts the regulation of online poker.

Regulation of Internet gaming is under a serious pressure in the Big Apple as it is obvious from the Senate Resolution No. R4330.  The aim is expressed in the resolution clearly by saying “the Senate advances language to authorize and regulate On-Line Poker”. The Senate Resolution also mentioned the previous online poker bill –  S5302B – introduced by Senator John Bonacic, the Chairman of Racing and Wagering Committee.

As it is stated in this particular bill S5302B, “this is an act to amend the racing,  wagering and breeding law in relation to allowing certain interactive poker games.”

Although the bill has passed in February, there wasn’t much progress made in this question. Alongside with online poker regulation in New York, DFS control was also included in the current budget plan.

As John Pappas, the Poker Players Alliance Executive Director explained, there is a broader support nowadays for online poker than before. Politicians and the industry is much more supportive in this question.

Online Poker Regulation in New York Compared with Other States

New York is about to join the legal debate over online poker along other states like California and Pennsylvania. There are only 3 states in the US with legalized online poker industry; Nevada, New Jersey and Delaware. New York, Florida and Pennsylvania are also expected to adopt the same regulations soon.

The state’s fiscal year starts from April, so the budget discussion is due roughly within 2 weeks. All we can say about online poker regulation in New York, it won’t take the major part of the budget funding. However, the licencing fees are quite high, $10 million per registrant.

The final question is; will the whole state be on the same page with the idea of online gambling extension? Or would it be only a suppliant tool of the state’s revenue? These questions will be answered during the upcoming fiscal year.