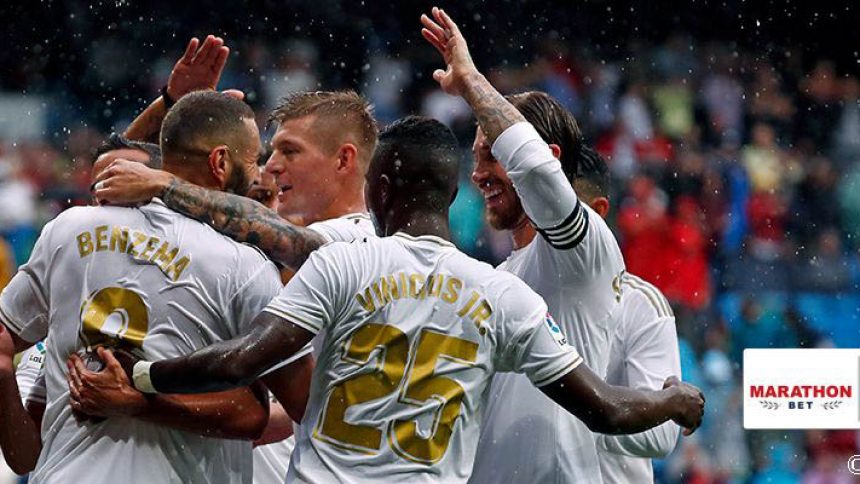 Spanish football club Real Madrid have just been announced as the new official partners of Marathonbet. The Russian-based company will become the first of its kind to sponsor the La Liga team. This comes after a summer full of newly formed partnerships between gambling firms and football clubs. Let’s find out how well Marathonbet and Real Madrid handle this agreement.

2019 was a summer for the ages. Gambling firms and sports teams, particularly football clubs, forged several brand deals with one another. The likes of Barcelona teaming up with 1xBET and Paddy Power “unsponsoring” Huddersfield Town, it’s all happened. You can find out more about the various deals at the latest online gambling news.

What will come of the Marathonbet and Real Madrid Alliance?

As Real Madrid line up for their first official Russian partner, we take a look at how this association will benefit both parties. As for Marathonbet, the operator will receive exposure on virtual LED boards in Russian broadcasts of Real Madrid games, utilizing digital overlay technology.

On top of this, customers will receive exclusive offers relating to Real Madrid, including special events during the 2019/20 season, such as matchday VIP experiences and meet and greets with the team’s players and legends.

Currently, Real Madrid is second in the La Liga standing this year, only trailing Barcelona by goal-difference. Last season, they finished third in the league.

Following the agreement with Sevilla, Marathonbet became the principal partner of front-of-shirt sponsor of the La Liga team. This came to fruition at the start of the 2019/20 season. The operator’s logo appearing across the Ramón Sánchez Pizjuán Stadium and on match-day interview backdrops.

What’s more, Marathonbet sponsors Russian Premier League team Dynamo Moscow, after signing a three-year agreement in 2017. Will Marathonbet and Real Madrid share the same consistency? We will need to wait and see.