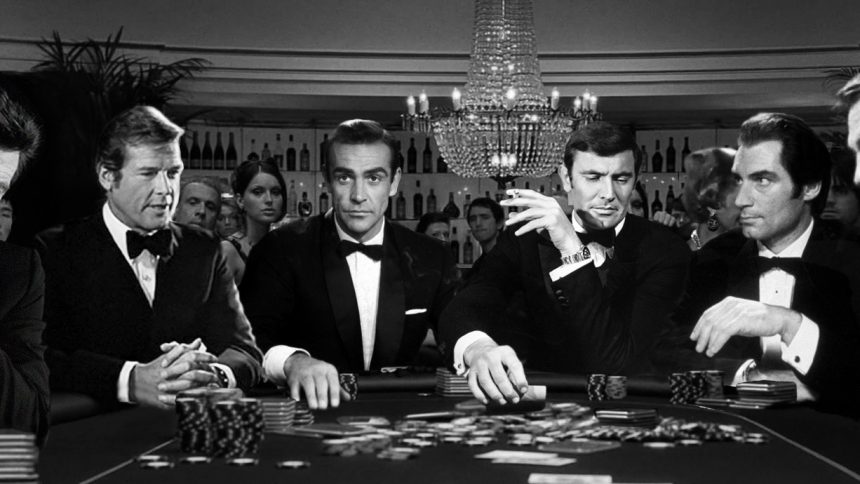 For many of us fans, James Bond and gambling go hand in hand. When Ian Fleming, the creator of Bond, came up with his fictional character, he made his a talented cards player. Especially in gambling, Bond is known to be exceptional in baccarat, poker and roulette. Let’s take a look at how and why the two match each other so well.

Before we divide each part and analyse the relationship between James Bond and gambling, we would like to recommend you the latest online gambling news. Check it out and keep up to date with all the hottest stories online. You may even find similar stories to this one. Now, onto the Bond ‘gambits’.

Taking down right into the deep of it, we will have to learn about the roots in Ian Fleming’s mind about gambling. Back in the Second World War, Portugal stayed neutral. It made the state become something of a wartime refuge for everyone from aristocrats to military officers from both parties on leave. In the village of Estoril, there is a very famous large Casino Estoril, in which Bond was said to outwit his foe.

So why the history lesson? Well, it boils down to Fleming himself. As he was a British naval intelligence officer during the war, he also had a period in Estoril. Away from battle, he found himself in a high-stakes card game sitting on the same table as a group of Nazis. His experience will have no doubt stayed in his mind when composing the brilliant fictional Bond stories.

Analysing from the movies, we could draw up two different methods. The first one Bond used in Casino Royale on a roulette table. The style is similar to the labouchere method which is when a player will increase on a 50/50 wager.

Say you bet on red. If you win, you make some cash and can hold the stake until the next round. If black comes, stick by red and increase the stake. Keep repeating this mode in a “progressive manner” and the fortune should come home.

In the Bond movies, the famous character used a similar technique but had many more calculations in his mind and, of course, being a movie, Bond was shown as a winner.

The second technique, is to become the almost favourite. On a roulette table, there is 37 numbers. By picking 24 of the 37, you have nearly 2/3 majority. This technique doesn’t bring as much money to the table after a winning round, however, it is more likely to win then to lose. 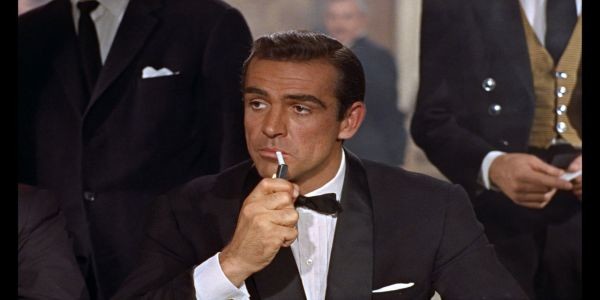 James Bond and gambling have been married ever since Ian Fleming came up with the character. Naturally, in movies many different techniques work but in real-time playing, gambling is not always as kind. Before closing off, we would like to put forward a quote by the famous Fleming, on gambling.

“Do not approach casinos with timidity or reverence,”

“They are simply fruit-machines tended by bank clerks and mechanics. Be relaxed and confident… You are one of the few people who take trouble and you are going to win and stop when you have won. You are a person of free will and iron self-discipline who will beat the machine.”