You are here: Home /  Feature /  Gambling Fun /  Latest News /  Facts About the Native American Casinos in the United States
Feature 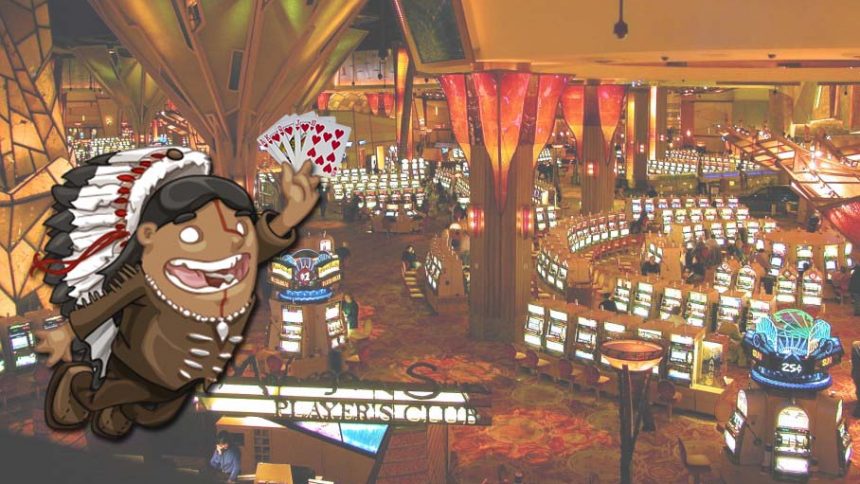 Facts About the Native American Casinos in the United States

Native Americans are usually allowed to operate casinos and bingo halls on Indian reservations. The main reason is that Native American gambling laws are a little bit more special than the United States Gambling Laws which apply to the rest of the society.

The main reason behind the success of the Native American gaming industry is that the federal government and the state governments do not hold exact authority over the sovereign tribal reserves.

Contrary to the common belief, the Native American casinos in the United States are not located in Las Vegas. Well, at least not majority of them. The most significant Indian gambling hubs are situated in California ($7 billion) and Oklahoma ($3.77 billion), in terms of annual revenue. These two US states are followed by Florida ($2.33 billion), Washington ($2.32 billion), and Arizona ($1.8 billion).

Native American casinos in the United States provide 612,000 jobs in the country. And these casinos pay $9 billion in taxes and revenue sharing payments to the federal and the state governments. They generate humongous income for the country.

According to a report published by the National Indian Gaming Commission, the most successful Indian casinos are located in Sacramento and Washington DC. In the fiscal year 2014, Sacramento’s tribal gaming revenue is recorded as $7,298,80 while Washington DC’s numbers indicate a revenue of $6,772,834.

History of the Native American Casinos in the United States

History of the Native American casinos in the United States dates back to the early 1970s. A married couple Russell and Helen Bryan received a property tax bill from the local government. Well, so far everything is normal. However, they had lived in a mobile home on an Indian reservation in Minnesota. Therefore, it wasn’t usual for them to get such a bill. They were quite shocked.

They decided to take this issue to the court. The Bryans lost the case in the state district court and their appeal didn’t bring them success either. But, they didn’t give up and took the case to the United States Supreme Court. The Supreme Court ruling stated that “the states not only do not have authority to tax Indian reservations, but they also lack the authority to regulate Indian activities on Indian reservations.” Et voila! The way leading to the present success of the Native American casinos in the United State was opened widely.

First, some tribes began to operate bingo halls within the reservations. The Seminole Tribe of Florida went even further and opened a large high-stakes bingo building on their reservations near Fort Lauderdale, Florida. Now that they had the utmost authority over their land, they could set their own rules. The state of Florida allowed the bingo halls to be open only for two days a week. The Indian mega bingo hall was open six days a week. The maximum amount of jackpot designated by the state was $100. Well, Indians offered more than this as well.

They were taken to court once again and they gained even more rights eventually. Indians started to build private casinos, bingo halls, lotteries and began to set humongous gaming prizes. The state governments couldn’t touch them. This trend continued until 1988 when the Indian Gaming Regulatory Act was passed into law.

After this data, Indian gaming activities were to be controlled by the federal government via the National Indian Gaming Commission. Despite the fact that the act limited the Indian gaming activities in the country, the Native American casinos in the United States still have privileges based on the mutual agreements reached between the federal government and the tribes.

Online Native American casinos are not that popular yet. However, some tribes have set off to create online casinos already. It is expected that they will compete against the top US online casinos in the near future. However, they may not have their privileged status in the online market.