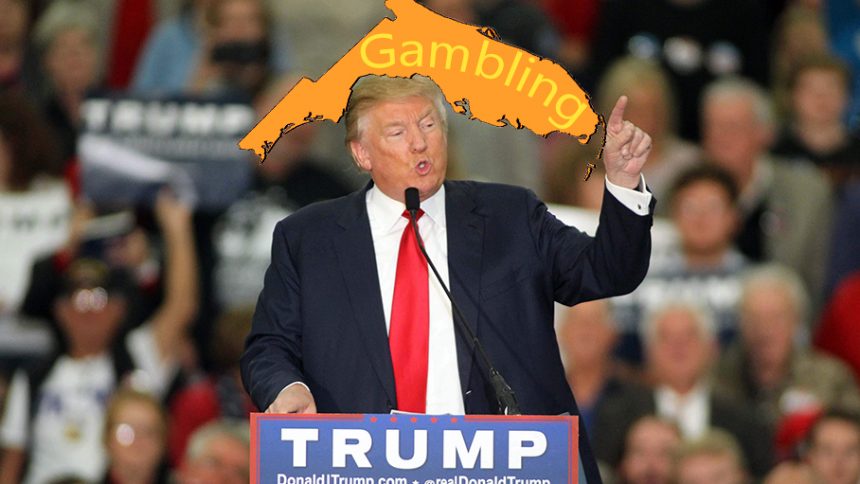 Since Donald Trump has announced his candidacy for President of the United States for 2016, his has often engaged in heated debates with Jeb Bush regarding gambling in Florida.

Trump, the Republican front runner, denied that he wants to encourage gambling in Florida, while Jeb Bush, who is a well-known anti-gambling man since his 1998 campaign, indicated that Trump could not buy his loyalty. As he said, Trump wanted casino gambling in Florida, and his statement is supported by a CNN report in which it’s obvious that Donald Trump has donated money to Jeb Bush’s gubernatorial campaign.

The business mogul contributed $50,000 to Bush, and has additionally organized a $500-a-person fundraiser for him. While Jeb Bush was doing his job as it was said in his campaign, Trump has conspired with the Semiole Tribe of Florida – a federally recognized Indian tribe –  with the intention to revive gambling in Florida. Moreover, he hired former Florida statehouse speaker Mallory Horne to lobby on gambling issues for him. As a result, a new casino opened in 2004 by the tribe, named Hard Rock Casino.

Despite Jeb Bush’s persistent ignorance of gambling in Florida, Trump has made attempts to develop new casinos even before Jeb was governor, said Danny Adkins, president of Mardi Gras Casino in Hallandale Beach, according to Politico.

Based on the results of the latest polls, the business magnet Donald Trump still holds an impressive lead over the other participants of the GOP nominees.

Despite his high popularity indicated in the polls – favorable by 23% – half of the American voters confessed in the most recent poll that if Trump were elected President of the US, they would deem it an embarrassment for the nations.

“Half of American voters say they’d be embarrassed to have Donald Trump as their Commander in Chief and most Americans think he doesn’t have a good chance in November, but there he is still at the top of the Republican heap,” said Tim Malloy, assistant director of the Quinnipiac University Poll.

Liked this article? Take a look at the latest in the gambling industry! Don’t embark on a gambling adventure without checking our guides. You can also follow our latest gambling tips and news on Twitter and Facebook.
Tag casinos in florida donald trump gambling in florida gambling news president election 2016