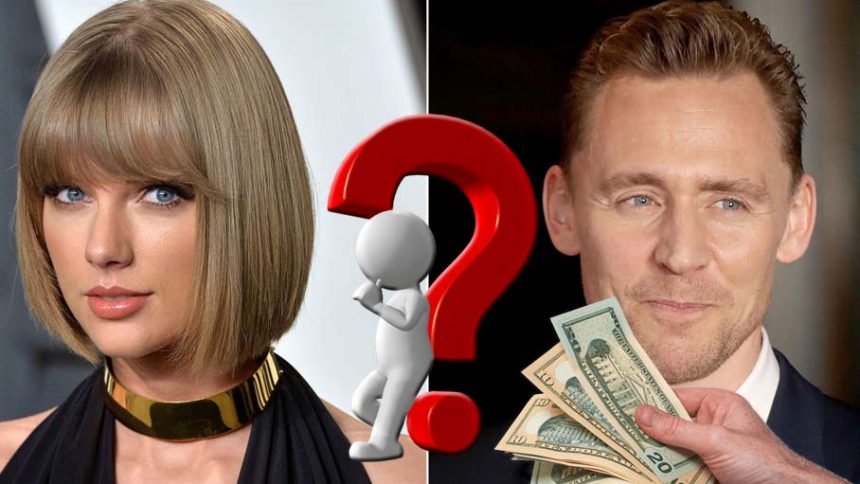 Chinese online betting sites had to stop taking bets on Taylor Swift breakups as well as the relationships of other celebrities like Katy Perry and Orlando Bloom.

The new online gambling trend of China is betting on the duration of the relationships of celebrity couples. The most popular one is Taylor Swift, unsurprisingly. American singer’s list of ex-lovers is pretty long. This is definitely a good chance for the Chinese betting fans to make a huge profit as Swift’s relationship with the British actor Tom Hiddleston doesn’t seem to a be strong one for many.

According to latest online gambling news, Alibaba’s online marketplace Taobao’s vendors took advantage of it and started offering bets on Hiddleswift relationship. Vendors promised paying double of the bet amount if the couple broke up within a period between 6 months and one year. It was an amazing online gambling promotion for many Chinese bettors.  One of the bettors said that “If I bought a million, I would make a lot; these stars break up all the time which gives us the opportunity to earn a lot of money!”

There is no legal way to bet on Taylor Swift breakups online in China as the country has one of the strictest gambling laws in the world. Therefore, Chinese online betting sites promote their betting service as insurance policies. This is a subtle way to go around the conservative Chinese gambling laws. However, Alibaba warned the vendors to stop offering illegal bets to their customers.

As a matter of fact, this type of betting can be listed under the category of insurance for some, wrote The Washington Post. Two thousand years ago in Mesopotamia, betting was a type of insurance for people who were into trading. At the beginning of a journey, caravan leaders would make a deal with merchants. According to the deal, merchants would grant money to the caravan leaders. If the caravans reached the destination without being attacked by raiders, the caravan leaders would pay the double of the money that they had taken. However, if they were attacked, then they would keep the money to compensate for their losses.

What is the connection between Taylor Swift and the ancient traders of Mesopotamia? Well, think a T-Swizzle fan whose happiness depends on Swift’s happiness. While betting on Swift’s breakup, the fan bets against herself. Eventually, she wins even if Swift breaks up.

Chinese Online Betting Sites are not the Only Crazy Ones

The weird things people bet on range from the name of the royal baby to alien life and the celebrity dead pool. Yes it is true, you can bet on the first celebrity to die as well. In the online gambling world everything is normal. You can also bet on Game of Thrones, next Oscar winners, and Katy Perry’s Grammy winning chance online.