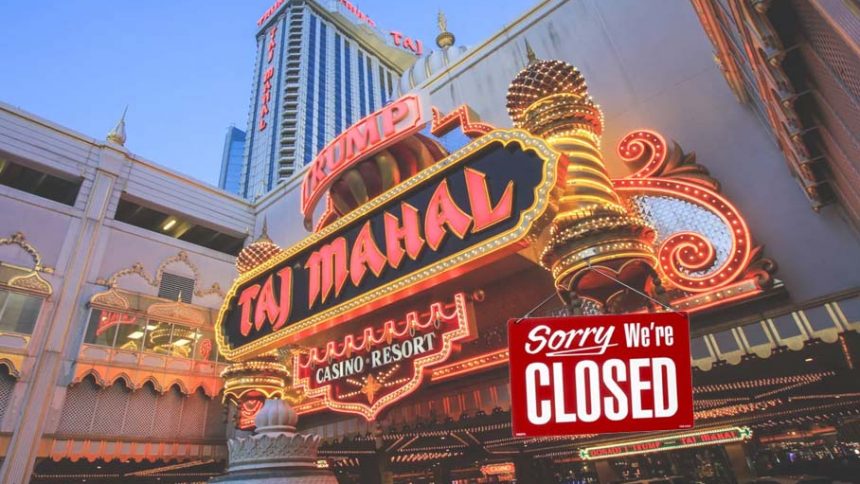 Famous Atlantic City Casino Trump Taj Mahal is getting ready to close its doors for good soon. Owner of the Trump Entertainment Resorts Carl Icahn seems dedicated to terminate the existence of the legendary casino due to financial reasons.

Atlantic City’s popular gambling destination and luxury resort Trump Taj Mahal is closing its doors on the 10th of October at 6 am. But the demise of the Atlantic City casino will start even earlier on the 26th of September as the casino will start winding down some tables beginning from this date.

Atlantic City’s iconic casino Trump Taj Mahal has a long and rooted past on the Boardwalk. It opened its doors to the visitors of the most important gambling hub of the Eastern Coast, Atlantic City in 1990. It was one of the three casinos owned by the current presidential candidate of the GOP Donald Trump.

The United States gambling laws give freedom to states to create their own gambling regulations. Especially in New Jersey, the gambling laws are quite liberal. However, the Atlantic City casinos have failed most of their attempts to increase their revenue in the past few years. There were 12 casinos in the gambling hub of the Garden State in 2014. This number will go down to seven when Trump Taj Mahal closes its doors permanently.

According to Carl Icahn, there are two important reasons behind his decision to close the Taj Mahal. First reason is that the casino keeps losing millions of dollars monthly. As the financial situation of the casino deteriorates day by day, casino workers union carries out strikes against the Trump Entertainment Resorts.

The officials of the union think that Icahn’s formal petition to close Trump Taj Mahal Casino seems like a bluff. However, the business magnate seems to be quite serious about it. The Trump Entertainment Resorts has already asked the New Jersey Division of Gaming Enforcement for permission to wind down table games, disconnect slot machines, store liquor and destroy cards, chips, and dices. Nonetheless, there is still hope for the famous gambling resort as the company can still withdraw the petition.