You are here: Home /  Gambling news /  Can We Expect a Ban on Vip Programs in Online Gambling?
Gambling news 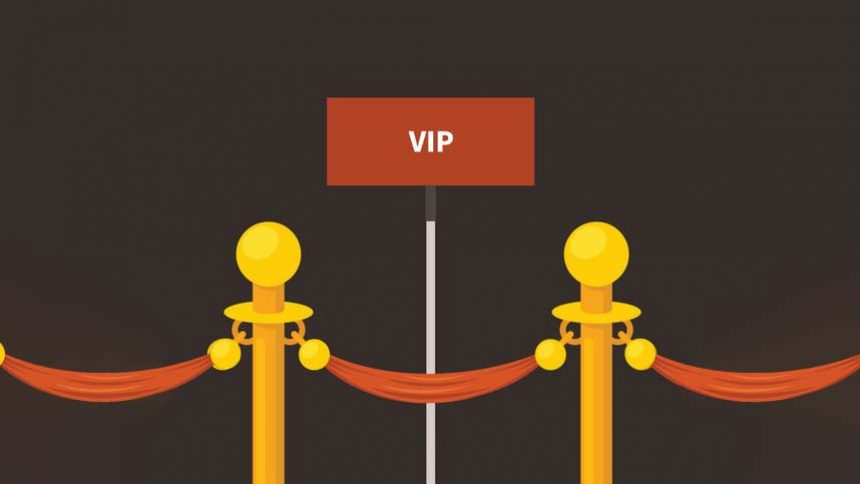 Can We Expect a Ban on Vip Programs in Online Gambling?

The UK Commission and many other Gambling Authorities are considering the ban on VIP programs in online gambling. The main reason is obvious, they want to prevent problem gambling. Since a lot of bettors want to have Free Bets and higher limits in return for their fat deposits. Thus, we can expect regulations worldwide soon since it seems like that VIP schedules easily rip apart the safety net set up by the authorities.

VIP Programs are very different at each gambling site. If you follow the latest gambling news, you can see that those VIP programs make possible to play with higher stakes or receive Free Football Tickets and much more. Even if a site doesn’t have a described schedule, if you contact the managers, you can easily make a settlement which can be rewarding both for you and for them. Mostly for them… Still, that wouldn’t be a bad thing if only the wealthiest individuals would use these features. However, a lot of problem gamblers are begging for perks and sometimes they succeed despite that they cannot afford it.

Why the Gambling Commission Forces a Ban on Vip Programs in Online Gambling?

To be true, the ban on VIP programs in online gambling is the only way to solve these issues. VIP schedules have a real tradition. It’s just like the same when a Casino recognizes a guest and gives him extras to make a happy customer. Of course, if the individual loses that’s even better. The real perks are coming after the real damages. However, in a Casino when you see your customers, it’s much easier to spot problem gamblers or the ones who cannot afford to lose these amounts. Therefore, the real problem is with online gambling, when the promising features easily blind the middle-class and cause them a financial collapse.

Here come the UK Gambling Commission and other authorities in the picture. There are already plenty of regulations on VIP programs but they realized that it’s not enough. Some of them suggest making it more difficult to join the schedules while making them less rewarding. However, the complete ban on VIP programs in online gambling is also on the table.

A Real Example to Understand Why VIP Programs Cause Harm

You could read about the story of Matt (his name is changed to protect his personal information) on The Guardian who shared his story. He could deposit his redundancy payment to get rewarded with VIP perks by MansionBet. Matt described the whole case step by step.

It’s started with that Matt contacted a manager who was responsible for VIP programs. He was asking about his canceled withdrawals and wanted free bets. Matt wanted a settlement with the online casino. He has shown, that he has a fat redundancy payout from his previous employer what he wants to deposit. (That goes against the rules of the restrictions by itself.)

After a couple of days, he deposited £8.000. The manager didn’t want to accept the money for the first time, he also sent an answer that this amount is a huge part of his yearly salary. Matt said, that he has another job so no worries, then he asked for the mentioned perks again and again. (That clearly makes him a problem gambler.)

Finally, he received a 100-pound free bet. A few days later, MansionBet asked him to write a review on Trustpilot. After he left a super review, he received another free bet. But here comes the dirty part:

Despite his redundancy, MansionBet offered him a settlement that if he deposits a further £3000 he will have a £500 free bet. Even more, they wished him luck and promised that if he loses the money, he can receive many more bonuses.

After the case, Matt contacted the authorities and the media to share his experiences. However, the issue isn’t blamed on MansionBet, more like on the regulations which are not working properly.

No one takes responsibility for the case. In reflection of the review, the authorities suggest further restrictions on these schedules. Even more, the UK Gambling Commission is considering a ban on Vip Programs in online gambling. From their view, it’s just a perfect option to fuel problem gambling.