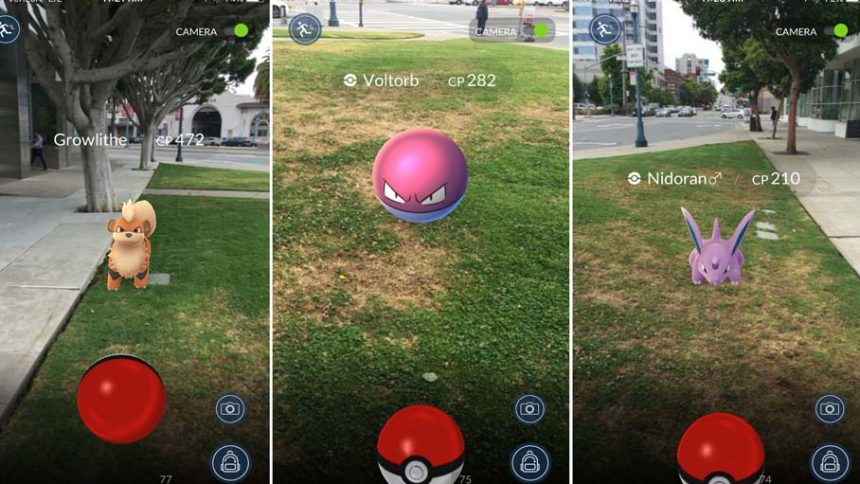 Australian online betting site Sportsbet is encouraging punters to bet on Pokémon Go. Pokémon fans can head to the website and bet on whether Pokémon Go will have more users than Twitter until the end of 2016 and try to guess the first location in which the game will be banned.

Pokémon Go has made a phenomenal entrance to the global gaming market as the whole world is talking about this game. Pokémons dominated the cartoon industry in the 1990s. Now, the cute little creatures are back, and they are among us.

What makes Pokémon Go so unique and popular is that it is a mobile game which requires players to interact with the real world. The mobile phone screen is synchronized with the real world and players can catch Pokémon in their neighborhoods. You can see people walking around watching their smart phone screens and getting excited about something which do not exist for you. Well, you can be sure that they are trying to catch a Pokémon.

Finding Pokémon is not possible everywhere. Players have to find the PokeStops in order to catch their tiny little creatures. Some of the PokeStops are in awkward places such as cemeteries, war memorials, court houses and even museums. Seeing people trying to catch Pokémon in a courthouse or a war memorial doesn’t please some people, indeed. New South Wales Justice Department takes this issue very seriously, for instance:

Going to court is not a game: Pokémon Go trainers should look elsewhere for digital critters. pic.twitter.com/XOGC3nxswG

We do not consider playing “Pokemon Go” to be appropriate decorum on the grounds of ANC. We ask all visitors to refrain from such activity.

According to latest online gambling news, popular Australian online sportsbook Sportsbet has turned the popularity of the game and the negative reactions towards the game into an event to bet on. Now Australians can bet on Pokémon Go besides playing it in the most awkward places in the country. Australians still can play the game in the cemeteries and war memorials before authorities become fed up with people trying to catch Pokémon all over sacred places of the country.

Ways to Bet on Pokémon Go in Australia

In order to be able to bet on Pokémon Go, punters have to head to the Australian online betting site Sportsbet and wager their bets on the latest universal craze of the digital world. The sportsbook offers different types of betting options. People can bet on whether the game will gather more users than Twitter by the end of the year. The offer is A$1.05 for Yes and A$8.50 for No. It seems like Pokémon Go has the upper hand against Twitter. Nevertheless, Facebook is still powerful against this game. Sportsbet offers A$1.08 for Pokémon Go to surpass Facebook while the offer for Facebook to have more users than the game by the end of the year is A$7.00.

Another option of betting is where will be the first spot in which a legendary Pokémon (3 birds, Mew, Mewtwo) will be spotted for the first time. Hyde Park leads the race with the odds 6.00 while Sydney Opera House and Wynward Station follow it with the odds 7.50 and 8.00 respectively.

Deep knowledge in Australian politics can help punters to predict these possible happenings. Nevertheless, the next betting option is quite tricky. Who will be the first caught playing? Sportsbet believes that Taylor Swift will be the first celebrity to get caught while playing Pokémon Go. Her odds to lead this category are 4.50 while Justin Bieber and Hugh Jackman follow her with the odds 5.00 and 6.00 respectively. Barack Obama’s odds to be in the newspapers with his photo playing Pokémon Go before any other celebrity are 8.00. If you think it will be Prince William, then the odds are 21.00. The Pope can make the punters reach as his odds to get caught trying to catch Pokémon in Vatican are 101.00.

Australia gambling laws are not so restrictive. However, this game can seriously start bugging some politicians and officials. So, probably some popular sites will ban the game. But, which site will be the first? According to Sportsbet Australian War Memorial might bet the first site to ban the Pokémon catchers. The other strong candidates to kick Pokémon from their territories are National Library of Australia and Rookwood Cemetery.

These are just predictions. Players can still enjoy this revolutionary game in most parts of the country freely. If Pokémon Go doesn’t excite you, you can check the top European online gambling sites and best US online casinos in order to feed your lust for hardcore online gaming.