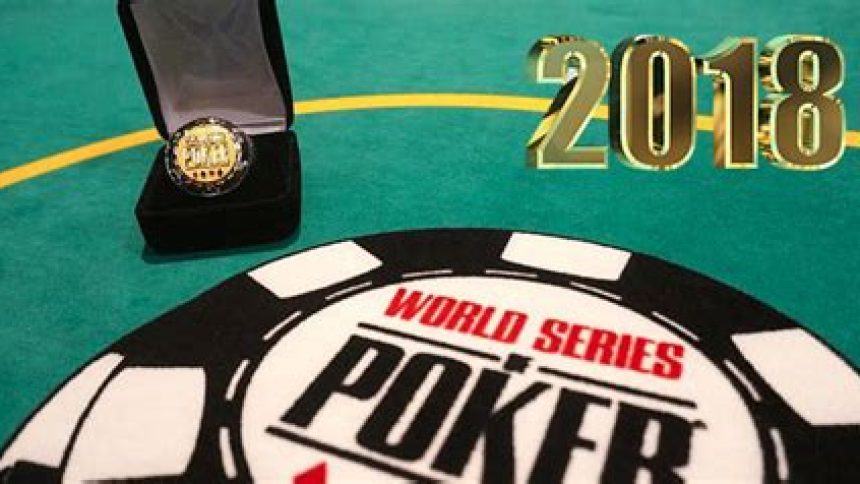 2018 WSOP in Las Vegas is Underway

The 2018 WSOP (World Series of Poker) has kicked off and will be hosted in Las Vegas. Does that come as a surprise to you? Yes, no, maybe? Well, to most it may just be a reoccurring theme as last year’s competition was held in the same place. To be more precise, the Rio All-Suites Hotel and Casino are the hosts of this years WSOP. Now, without further ado, let’s take a look at what’s all the hype about.

The event will be drawing to a close within the next few days. According to Seth Palansky, WSOP Vice President of Corporate Communications, the final table will be reportedly determined by the 11th of July. To narrow it down, of the 90 competitors, only 9 will be sitting at the table come Wednesday.

In a formal message, Palansky stated the following:

“We are going to reach the final table of nine players on July 11. We will play a three-day final table, with the expectation being that we will play from nine to six on the first night, six to three the next night, and then down to a champion on the 14th. All of that will be televised on ESPN in primetime.”

So Who are the Favourites for the 2018 WSOP?

There are three names that have emerged to the top who will be front-runners to winning the event. First off, we will be analysing Phil Ivey. Phil has become a kind of face for the game as he has ranked second on Mob’s popularity index runner up to the last of the top three.

Next up, Sam “Tricky” Trickett. As the rising British star looks to win his first bracelet, many bookies believe he can go all the way. Sam sits on top of the England All-Time money list on the Hendon Mob with $20,849,721.

Last but not least, the Canadian-Romanian Daniel Negreau. Even the most casual poker fans over the past few years would have heard his name at least a couple of times. As he looks to take home his 7th bracelet, Daniel sits on top of the list with $39,623,149 in winnings.

Celeb’s at the WSOP in Vegas

Now, naturally a major event like this would draw attention and to spice it up, some of TV’s best’s are also at the 2018 WSOP event. Now, out of these, we would imagine you’ve heard some of the following names. In Vegas, we spotted Ben Affleck, Matt Damon, Tobey Maguire and even Kevin Hart.

Are you surprised by the turn-out for the 2018 WSOP in Las Vegas? Who do you think will win the event? Let us know below! Also, if you are interested in similar stories to this one don’t be shy. Check out the latest online gambling news and you will be able to find more about what’s going on in the gambling world.