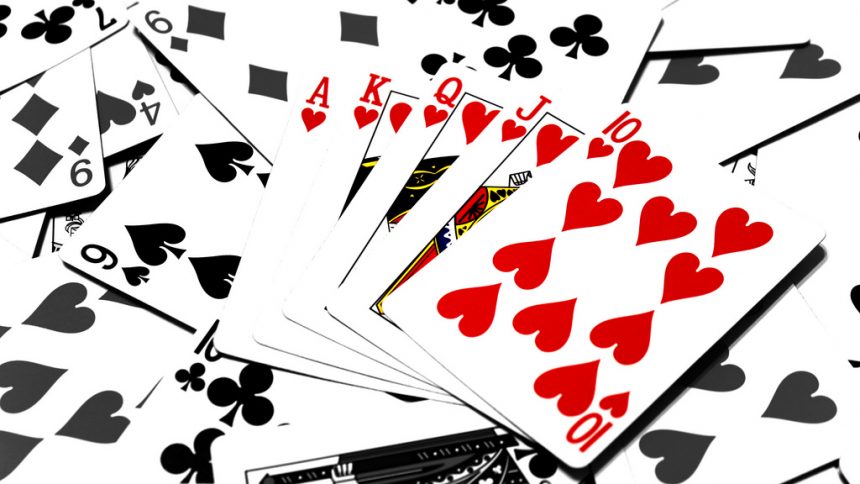 What Exactly is Texas Hold’em?

As one of the most popular variants of poker, Texas Hold’em is counted as current reigning king of table games. Having been featured in movies and books, it’s easy to see why this form of poker has taken off like a rocket to the moon and we’ll tell you everything about it in our Texas Hold’em for beginners guide.

Even though at its core Texas Hold’em is still a form of poker, it still has quite a few differences when compared with your classic 5 card draw. In Texas Hold’em, the players only get two pocket cards, and there are also five community cards that are dealt facing up in the middle of the table for the players to pick from.

The ranking of the poker hands are the same as in classic poker, the main difference is combining the five upturned cards dealt out at the end of the betting rounds and the two private pocking cards, the player gets to pick his or her hand from the available selection.

Another small difference is the use of blinds in the betting process, which assures that there is always some money in the pot.

In Texas Hold’em, each player gets a turn at being the dealer. The dealer button assigns the dealer role among the players and moves clockwise between each round.

The dealer shuffles the deck and the first player to the left pays a small blind, which is half the big blind. Then the dealer gives each player two cards face down.

Once the cards are dealt, each player needs to undertake an action, starting from the player sat left of the big blind. This action can be “call”, meaning the player puts in a bet equal to the previous one to stay in the game, “fold”, the player does not make a bet and forfeits the hand, or a “raise”, where the player increases the bet. The betting continues round the table clockwise.

After the first round of betting is complete, three cards are dealt face up on the “board,” the center of the table. These three cards are referred to as “the flop”. These are “community cards” and will be used by all the players who stay active in the game to construct their final hand.

With the flop dealt, the player to the left of the dealer can either “check”, meaning he or she is still in the hand but prefers not to bet, or “bet”, in which an additional bet is made. This then goes round the players again as before.

The players who are still in the game show their cards during “showdown”, and the person with the best hand wins the pot. Tied players will divide up the winnings. 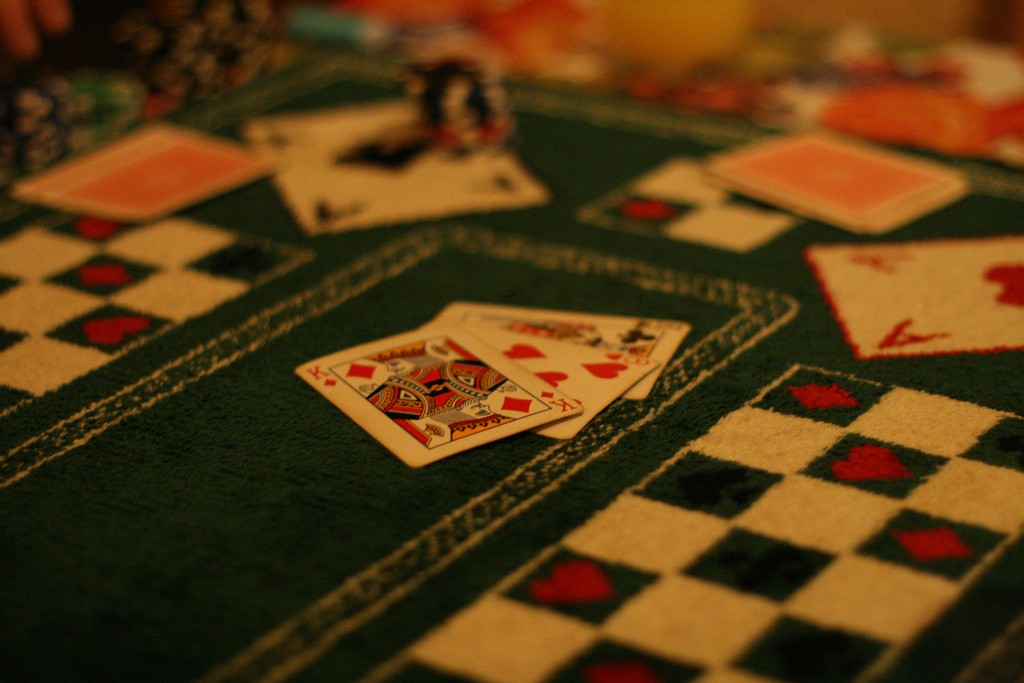 All in (Image Credit: François Philipp)

To do well in Texas Hold’em, it’s important to know your hierarchy of hands. The order of the hand value is given in the table below, running from high to low from the top:

Also, bear in mind that poker is a game of psychology and not just skill. Learn to read your opponents and practice, practice and practice!

Give your game an edge with these tips!