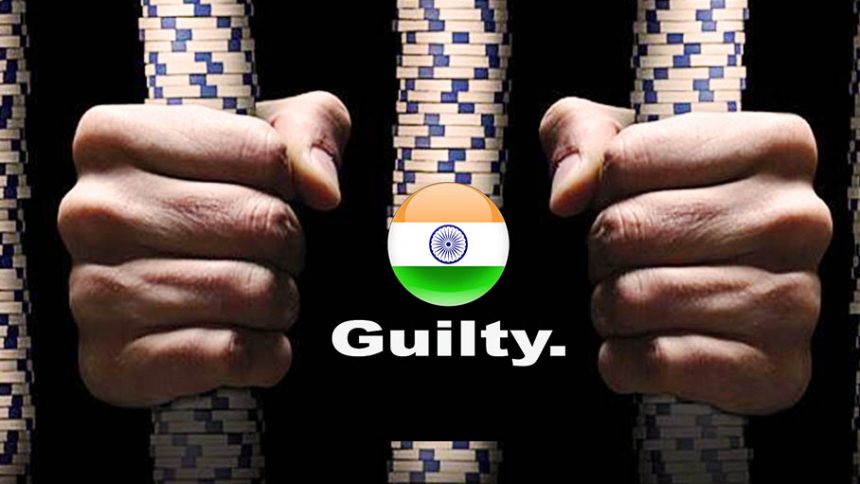 In those countries where gambling is strictly regulated, the prevalence of unlawful gambling activities can be doubled. Just like illegal gambling in India, where a father of a 7-year-old has been imprisoned recently, as a result of his illicit gambling activity.

He probably wouldn’t think that his own child couldn’t keep his mouth shut. The poor boy got fed up with daddy’s gambling obsession and uncovered his father’s secret. He went to the police in Madhya Pradesh’s Mandsau and gave them a clue about the gambling den visited by his father regularly. Actually, his aim was not only to talk to the police, but also to have his father arrested. The father was a daily wage worker at the local market, therefore he might have been in a desperate need for money.

Amir Shoaib – (age7) a resident of Chamcham area – has definitely got himself into the history of illegal gambling in India by sharing private information about his father’s addictions of gambling and drinking.  The policemen, Kishore Patanwala reported the Times, that Amir went to inform him about his father’s gambling and drinking periods and also mentioned that he was unsuccessful in his attempts to convince him to quit.

Owing to his bravery, the police forces busted the den where the daily gambling encounters took place.

Mummy’s reaction cannot be neglected in the light of her son’s behavior, at first she was so angry that she beat the boy. Although, later when her son got $15 reward from the police owing to his tipoff, she turned into a proud mum.

Illegal gambling in India causes many troubles to gamblers, since gambling is permitted only in three states: Daman, Sikkin and Goa. India’s transport minister  – Nitin Gadkari – claimed that legalizing casinos won’t happen as long as he keeps the chair.

Goa Chief Minister, Laxmikant Parsekar has announced to the state Assembly that a new gambling regulation is being prepared in order to restrict under-aged people entry to casinos.

Liked this article? Take a look at the latest online gambling news! Don’t embark on a gambling adventure without checking our online gambling guides. You can also follow our latest gambling tips and news on Twitter and Facebook.
Tag father was arrested gambling illegal gambling in india punishment