Today’s Quote Roll is full of politics, literature, and cinema. Did you wager your bet on Oscars 2016? If not, you can bet on the celebrity gamblers of our next Quote Roll (if an online sportsbook agrees to set odds for that).

Today, in the last Quote Roll of February, we have famous Irish statesman and author Edmund Burke, famous U.S. president Harry S. Truman, U.S. president-to-be-or-not Donald Trump, the Martian Matt Damon and famous actor George Raft with us. An amazing Quote Roll is waiting for us. There won’t be a Quote Roll February 29 edition another 4 years, so it is a landmark in history. 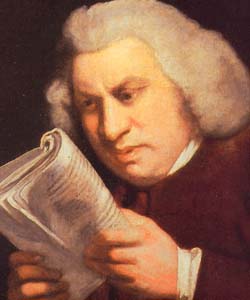 Edmund Burke – “Gambling is a principle inherent in human nature.”

According to Mr. Burke, gambling is a part of human life. It is not unnatural, fabricated and made in sweatshops. Gambling is like eating and sleeping for beings. You have probably heard about people who fall in love at first sight and head to Las Vegas to get married. Isn’t it gambling? You go to a supermarket and decide among three products that you don’t know about. Isn’t it gambling? Gambling is not necessarily a monster waiting for devouring you instead of a delicious apple pie. Don’t deny! You have the gambling genes in you. All you need to do is checking our Online Gambling Guide for Beginners and start embracing what you have in you.

Harry S. Truman – “There is a lure in power. It can get into a man’s blood just as gambling and lust for money have been known to do.”

Mr. President knows everything about power since he had the chance to remove Hiroshima and Nagasaki from the map during the WWII. Gambling is not as dangerous as power. Uncontrolled power can destroy cities. However, uncontrolled gambling would destroy bank accounts. So, the best thing is having the control at all times. Then, neither gambling nor power can hurt you. 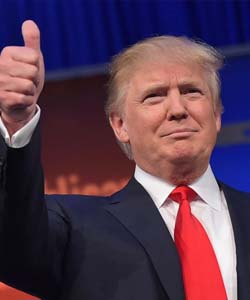 Donald Trump – “Everything in life is luck.”

According to this statement, it will be a result of pure luck if Donald Trump wins the election. So, it is better to check the US Presidential Election betting odds again. The zodiac signs can trick the fate and earthquake may shake the ballot boxes and kaboom we have a new president. If everything depends on luck, why do you hesitate to gamble online in the US? Just do it! Nothing is impossible. Just do it! Yesterday you said I would gamble. Just do it! You can’t be unlucky forever.

Matt Damon – “I’ve lost money so fast in these clubs it’s left me reeling. I’ve read every poker book ever written, but the only way to get better at the game is to go out and play with people who are really good. The problem is, you stand to lose a lot of money doing it.”

Well, Matt Damon, why don’t you read our Online Poker for Beginners Guide simply? Why do you need to complicate everything? Everybody wants to play with Byron Kaverman or at least Ben Affleck. What if you are even lazy to change your pajamas? That is why we emphasize the advantages of online gambling. You can learn it, do it, win it, and enjoy it in your bedroom. What else one can want?

George Raft – “Part of the loot went for gambling, part for horses and part for women. The rest I spent foolishly.”

Actor George Raft was so cool after wasting $10m that he gained throughout his career. Apparently, he didn’t regret the money he spent on gambling, horses and women. Why? Well, Mr. Burke said that it is a part of human nature. Isn’t it? Have you every regretted eating lasagna? Wise words Mr. Raft, indeed.