You are here: Home /  Gambling news /  Most Popular Esports Games to Bet On in 2020
Gambling news 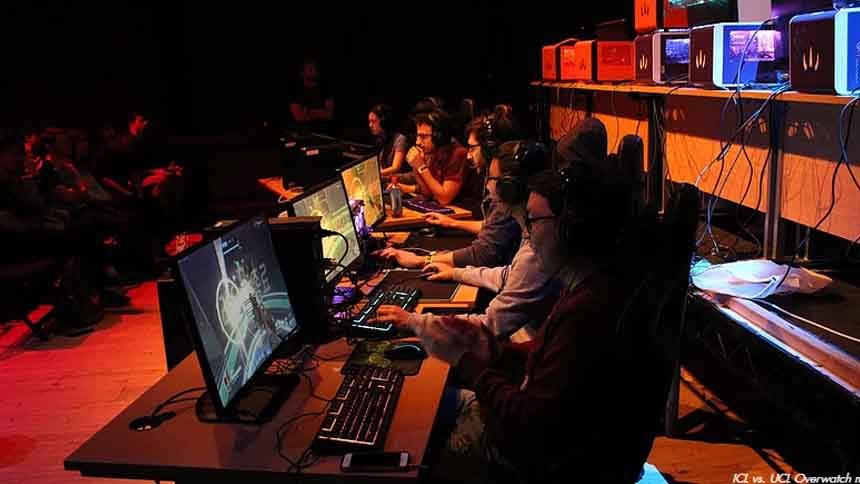 Most Popular Esports Games to Bet On in 2020

Esports betting is the most growing market in the gambling industry. So, today we collected the most popular esports games to bet on in 2020. If you are interested in sports betting this newish kind of venturing will melt your heart.

First of all, the most popular esports games to bet on the most competitive ones of the scene. Therefore, online gambling sites will feature MOBAs (a 5v5 game-mode when the players try to destroy the enemy team’s base) and shooter games (where the players personalize soldiers in a gunfight). Now let’s take a look at each game you will meet day by day. Anyhow, that doesn’t mean that there are no other games on the market. But the wagering options on less popular developments are quite rare.

The latest list of most popular esports games to bet on:

CS:GO is probably the most popular esports game you can wager on. It’s highly favored in the European and UK markets since this one includes the most esports players from the region.

This game is the oldest in the scene. Anyhow, its lower visual state of development doesn’t affect the gameplay at all. Even more, we can say that it hasn’t been reworked or upgraded because it’s perfect as it is. Counter Strike: Global Offensive is a first-person-shooter. Two teams compete on different maps, where they earn scores after different tasks in each mode. The most popular versions are the deathmatch and the capture the flag.

Also, what makes it especially recognized in gaming circles is the fact that most of the professional gamers of the shooter section started with this old but gold video game.

League of Legends is the most popular esports. Probably, it’s because LoL is the most played video game in the world. Thus, there are countless wagers on the sportsbooks sites due to weekly professional events that are organized worldwide. It’s a MOBA game, the product of Riot Games.

Defend of the Ancients 2 is made by Valve. Basically, it’s a reworked version of the DOTA game mode in Warcraft 3. Even more it’s ascendant was the first of its kind. Compared to other esports championships DOTA 2 events have the biggest prize money. Probably that’s why it’s considered one of the most popular esports games to bet on. The game itself is pretty difficult. The high skill-cap made it popular in the Asian regions. Most of the professional DOTA2 players are coming from South-Korea and China. Overwatch is a Blizzard Game. A third-person-shooter which includes a few MOBA elements as well. The game is quite new compared to the others in the esports scene. It’s mostly popular in the US as the Overwatch Leauge is based in that region.

Will there be new esports games to bet on in the future?

As time goes by, there are new games which worth the effort. However, getting into the esports game scene isn’t as simple as it sounds. If you follow the latest sportsbook news, you probably heard that the market is offering wagers on new games, however, they won’t stay for a long. The most potential new entrant is Valorant, one of the new Riot’s products, which can mostly be described as something between Overwatch and CS:GO. If you want to try out this new game, you have to wait a couple of days more for the open BETA.

In summary, the most popular esports games to bet on are a few well-known video games. Still, this new industry worth’s your attention since once you are aware of the basic rules and power-relations, the match streams are not just easily accessible but also, way more entertaining than you would think for the first time.