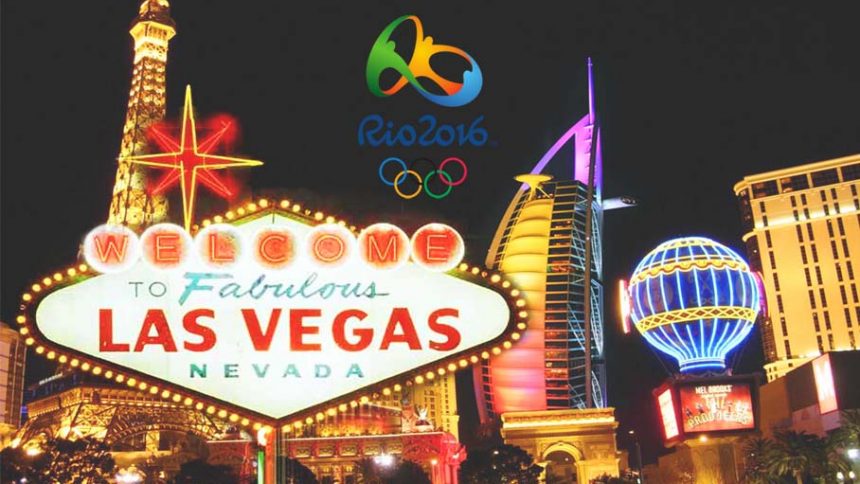 Is Gambling on the Rio Olympics Online in Las Vegas Possible?

Gambling on the Rio Olympics online in Las Vegas is finally possible after a 15-year-long break. American online betting sites which accept Las Vegas players will start taking bets on the 2016 Rio Olympics.

2016 Rio Olympics fun is about to kick off and online betting fans have already started wagering bets on their favorite sports. Nevertheless, the online betting fans in Las Vegas couldn’t bet a part of this craze as the state government banned betting on amateur sports in the city of sin.

As a matter of fact, Nevada Gambling Laws are known as one of the most liberal ones among the United States Gambling Laws which actually keeps Las Vegas on the top of the best gambling destinations in the whole world list. Nevertheless, when it comes to betting on sports in Nevada, it is hard to talk about the freedom of gambling in the state. Las Vegas residents could play casino games in the fanciest casinos in the world; nonetheless, they couldn’t wager bets on amateur sports.

The reason of this contradiction stems from the 2001 Amateur Sports Integrity Act proposed by Senator John McCain. When this act passed into law, the Las Vegas residents lost their rights to bet on amateur sports in Las Vegas. McCain claimed that he aimed to protect young college athletes from the evil effects of gambling.

The intention seems nice. However, the missed a really important point. Amateur sports betting in Las Vegas was a huge deal. Well, at least bettors wanted to have the right to bet on NCAA as they didn’t want to miss the chance to March Madness. The act was edited slightly so that betting on college football in Las Vegas remained legal. However, taking bets in Las Vegas wasn’t lucrative for the sports books anymore. Especially, online sportsbooks didn’t want to venture into the market. International online betting sites and offshore sportsbooks kept offering bets on amateur sports. However, their intention of accepting Nevada residents has never been a legal act.

Gambling on the Rio Olympics Online is Now Finally Legal

Gambling on the Rio Olympics online is finally legal in Las Vegas after 15 year-long hiatus. Some legal US online sportsbooks have already started offering bets on the 2016 Rio Olympics online. This is good news. Nevertheless, the online gambling industry doesn’t seem to be so enthusiastic about it.

The summer break is the least profitable period for the online betting sites. They offer bets on friendly matches and some other competitions which start earlier. It is a tedious period unless there are such huge competitions as the FIFA World Cup, UEFA European Championship, and FIBA Basketball World Cup. Fortunately, this year brought many customers to the online sports betting sites thanks to EURO 2016. The most popular European football tournament is over. However, there is a whole different excitement called Olympics in Rio de Janeiro. Nevertheless, this doesn’t excite the online betting sites as the Olympic games do not attract enough bettors.

The vicep-president of the Westgate SuperBook Jay Kornegay openly stated that he expected the Olympics betting in Las Vegas to be minimal. He believes that basketball games may bring profit. However, the other amateur sports will probably stay under the limit.

There are different reasons why people may not be interested in gambling on the Rio Olympics online. First of all many famous athletes pulled out due to Zika virus. This is quite unfortunate as the big names attract bigger number of bettors. The second reason is that the competition level is expected to be lower than usual. For instance, the American National Basketball Team has a great chance to dominate the whole tournament. Nobody wants to bet when odds are low and excitement offered is not appealing enough.

According to the Nevada Gaming Commission chairman Tom Alamo, the positive change in the direction of allowing betting on amateur sports is not about the importance of racewalking betting in Las Vegas. The real importance of this development is putting Las Vegas into a good position for the online betting industry.