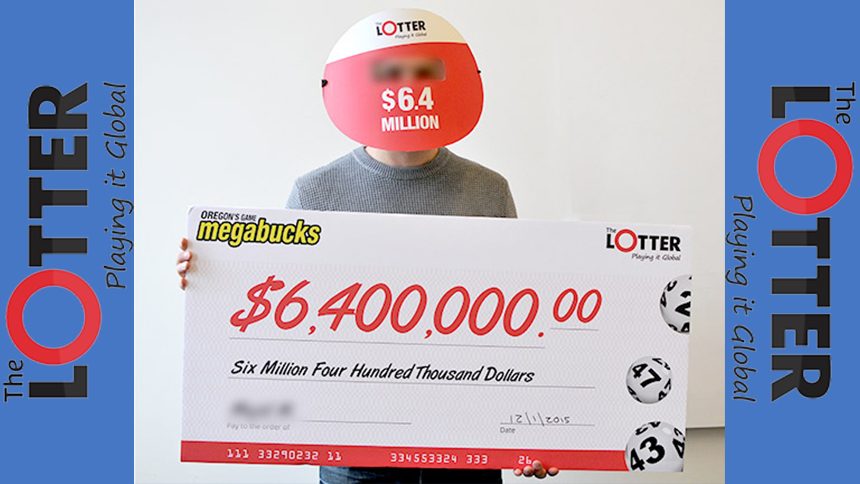 The lucky Megabucks winner, identified as M.M., won a jaw-dropping $6.4 million playing with theLotter. The lottery in question was the Oregon Megabucks for which M.M. matched all the number of the winning combination (15, 27, 32, 39, 44 and 45).

The Megabucks winner story received special attention because this is the first time someone from outside of the US clinched the massive jackpot. The $6.4 million prize marks the biggest win ever for theLotter.

According to theLotter, the Oregon Lottery allowed Megabucks winner to claim the prize anonymously, accommodating his wishes to keep his identity unknown. “Because he lives in Iraq, Oregon Lottery made an exception to the rules and he was allowed to claim the prize anonymously for his safety. We will continue to respect his privacy by blurring his image and referring to him only by his initials,” theLotter’s site stated.

M.M. said that he had been playing online lottery for merely a short time, and then suddenly he was struck with the unbelievable news. He recalled that he was on his way to the bank when theLotter contacted him, notifying him he had become the $6.4 million Megabucks winner. “I was driving in my car, I was going to the bank… so I get a call from theLotter, from a great person Christine (customer support agent), and she told me the great news, so I was in shock,” said M.M.

Instead of claiming the whole prize at once, the Megabucks winner opted for the annual lottery deal. This will see him get a total of $256,000 before taxes every year for the following 25 years. That’s not a bad sum to receive on a yearly basis all the way until your retirement. When M.M. was asked if he would keep on playing online lotto despite becoming the Megabucks winner, he seemed unfazed by his great success, as he stressed, “I’m going to continue to play every day!”

If you’re feeling lucky today and would like to win similar jackpot prizes, play with theLotter to score big wins!