You are here: Home /  Gambling Fun /  Gaming Technology /  Will Oculus Rift Casino Experience be Real? This is the Future of Online Gambling
Gambling Fun 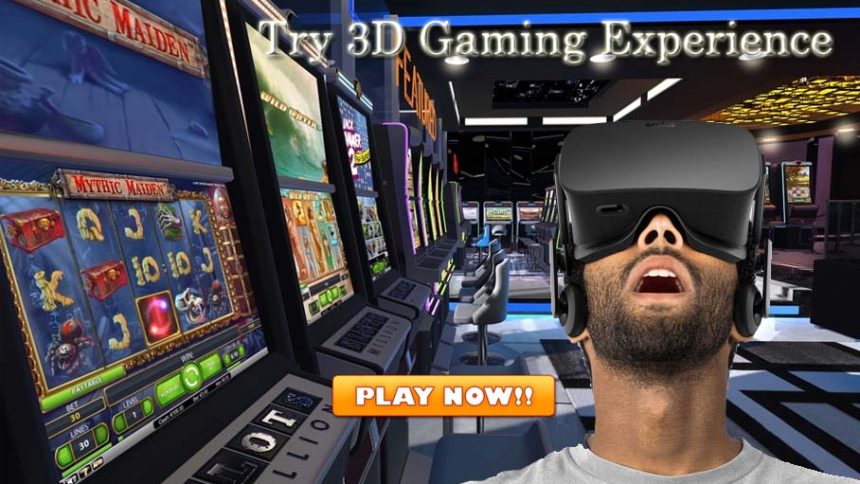 Will Oculus Rift Casino Experience be Real? This is the Future of Online Gambling

Oculus Rift casino experience will be a real thing in the near future. Oculus Rift, the first virtual reality (VR) headset is finally in the market, ready to be purchased. It is expected to shape the future of online gaming.

In the beginning of the 20th century, funfairs lured visitors with reflection tricks created by mirrors. The aim was creating additional dimensions to what people could actually see in real life. It can be interpreted as inserting reality within reality. However, the age of technology utilizes more subtle methods to amaze us offering voyages within dimensions where there is a blurred line between reality and imagination. Well, it is a technology which may not be grasped easily by elderly people.

As a matter of fact, this new technology erects a universe which seems absolutely isolated from reality. Famous French sociologist Jean Baudrillard defined this phenomenon as hyperreality which can be explained as a representation independent of the original referent. We can simply show the example of Disneyland where medieval settings are converted into new realities which do not denote to the original source anymore.

The world created by Oculus Rift is similar to Disneyland where you find yourself in a different world. This is what the future of online gaming will be. Thanks to these latest developments of online gaming technologies, Oculus Rift casino experience will possibly be real in the near future where players will be able to play online casino games as if they really sit on a table at Caesars Palace in their pajamas.

Oculus Rift Casino experience will be available through a headset and a computer. Today, SlotsMillion Casino is already offering such a 3D virtual reality online casino experience.

We expect to have more casinos on the bandwagon since Facebook has launched the commercial sales of Oculus Rift this week. Virtual reality gambling is going to change the concept of online gaming from its roots. This is the reason why Facebook paid $2 billion to acquire Oculus Rift two years ago.

Oculust Rift Casino Experience may not be Widespread Right Away

Oculus Rift Casino experience will definitely be the reality of future. However, it may not be widespread right away due to the cost of the technology. Oculus Rift gambling technology will require a good computer system and a wallet which can afford installing such a system at home.

CEO of Superdata, Joost Van Dreunen stated that Oculus Rift may not be a game changer in the near future due to the fact that high price and specific computer requirements could deter people from purchasing it. He claimed that people would rather try 3D virtual reality experience through cheaper and mobile-based technologies such as Google Cardboard and Samsung VR Gear.

Although Oculus Rift targets mainly gamers, this technology may be utilized in different areas in the future. For instance, Oculus Rift video conferences can create a virtual meeting room where people can experience the feeling of physical presence of their acquaintances.

It will also contribute to increasing the quality of education through creating simulated environments where students can experience historical incidents and analyze geographical features.

Oculus Rift is expected to change healthcare, as well. Medical evaluations may be way simpler thanks to the latest virtual gambling technology product.

Experts believe that Oculus Rift will also change the fate of logistics providing 3D schema of an area where employees can find the locations of items easier.

As soon as you acquire your Oculus Rift headset, you can head to SlotsMillion and start experiencing this new mind Oculus Rift casino experience right away.