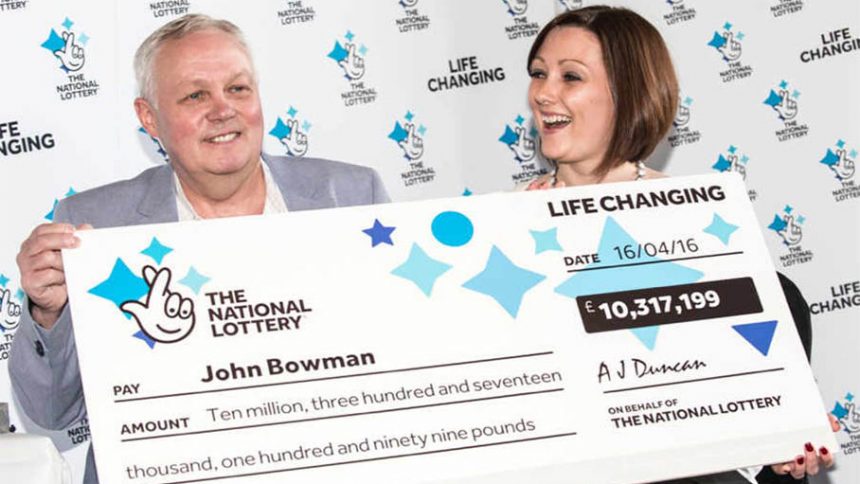 59-year-old Scottish men, John Bowman didn’t think first that he could be the one to scoop the big lottery jackpot winning. He was so humble that he assumed he won only £10,000, however his friend checked the numbers again and they both were amazed.

As he said in a report he went over a friend to double check the numbers. Therefore, his friend looked up the digits on his phone and informed Bowman that he won thousand times more than he imagined. So this is the reason why you should play online lottery too.

The rich men naturally celebrated his lottery jackpot winning with a pint of beer in a local pub in Forfar, making the impression of joking according to his friends.

However, it became obvious that something big happened in the background, when the lucky ladder builder left his job as a technician with the Ramsay Ladders Company. He became more suspicious when he disappeared from the town.

The operator of UK National Lottery, Camelot Group has held a conference recently, where the new millionaire shared his plans regarding the huge lottery jackpot winning. As he detailed, first of all he is planning to buy a place in the sun. In terms of more certain and ground to earth ideas, he also wants to visit the Monaco Grand Prix and help his two lovely daughters, Emma (26) and Lisa (28).

His younger daughter, Emma confessed, her father never spent money on luxurious things and he absolutely deserves the huge lottery jackpot winning. As she added later, she hopes this huge prize won’t be change his ‘price conscious’ father.

It seems Emma’s hopes will be accomplished, since Mr Bowman intends to share his money with some of his good friends. Before this life-changing money prize, he had also planned to sell his house and visit a friend in Spain.

The previous huge lottery jackpot winning was taken by a couple from Hawick, they won £66 on lottery jackpot. So luck has its own levels, and our men from Scotland just got to the highest position in the field of luck.