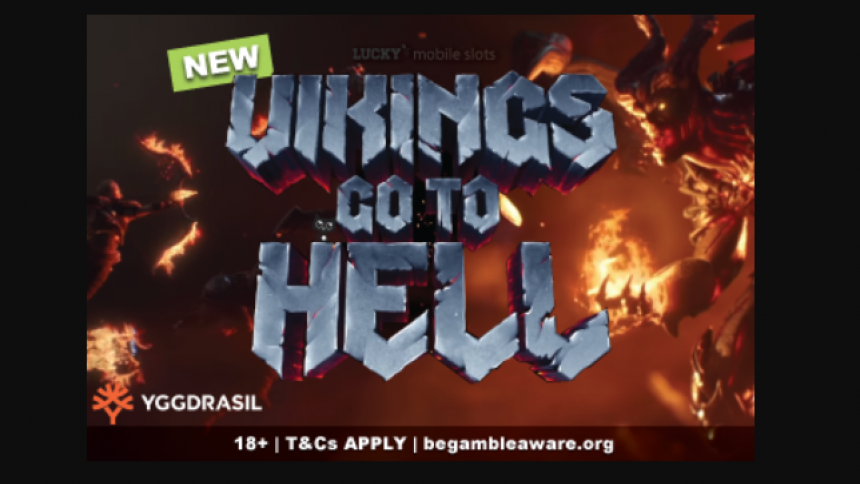 At Casumo Casino, there’s that new game feeling in the air. By completing the Viking trilogy, the online casino is proud to announce the release of Vikings Go To Hell! For those of you who are unfamiliar, the slots game will be the completion following Vikings Go Berzerk and Vikings Go Wild. Will you try out the final chapter of the Viking games? Let’s take a look at what is in store for players.

Casumo Casino has been taking headlights once more as they are announcing the release of new game Vikings Go To Hell. Not only that, the online casino will also be running three missions from the 25th until the 27th.

Onto the game, here is what is to be expected by Yggdrasil’s flaming new release. The game is said to be similar to it’s older brothers, but this time will also feature collecting rage points, trigger free spins with multipliers and battle demons for truly monstrous wins.

Not only will the slots game be available from the 24th, from the 25th until the 27th, Casumo have granted a mini-special tournament. The rules are simple and the rewards are amazing. Here’s all you need to know.

“The player who completes all three missions with the least amount of spins will top the leader-board.”

Now, onto the prizes:

Without further ado, we suggest you log-in to Casumo Casino for a chance to play for yourself the new ‘Vikings Go To Hell’. Participate in the tournament run from the 25-27th and also, be sure to keep up to date with the latest online gambling news.