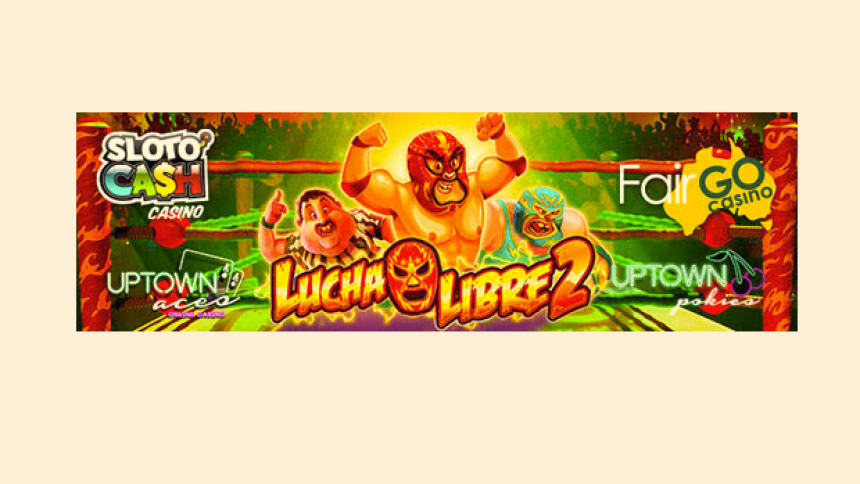 The Journey Continues with the New Lucha Libre 2

As all of the best story lines are adaptable to living into a second part, slots game “Lucha Libre” is no different. The online gambling game will be announcing a sequel to the original concept game. Brought to players from the talented Real Time Gaming comes another unique game. We take a look at what Lucha Libre 2 has in store for players.

Coming out on April the 18th at Slotocash Casino, Lucha Libre 2 is set to grab the attention of many players. The sequel of the innovative game will be looking to outshine its older brother. Brought to players by Real Time Gaming, the company made sure of this continuation to the story. Set in Mexico, the traditionally masked fighters will battle it out on this slots game. With the Lucha Libre Campeon belt on the line, the athletes will fight until the end.

How Can Lucha Libre 2 Become Even Better?

Nachos, guacamole dip, tequila and beer; need I say more? Besides all those being symbols in the game, players will join Taco Malo as he comes up against his fiercest competitor, Nacho Friend. This time round, when Wrestler Wilds cover their reel, they will either multiply their prizes by up to x10 or jump onto other reels!

The game set to run in the next few days will also give players the option to use 3 hilarious new finishing moves. Success in the ring improves the feature bonuses, with increased prize multipliers and potent Fist of Fury spins up for grabs. For more information about the latest online gambling news, be sure to visit our page to keep up with the best betting stories.

Get ready to log in to Slotocash Casino for a chance to place Lucha Libre 2 and experience the most radical mucho mayhem of its time. Put the mask on, keep your game mode on and head for the belt of champions.