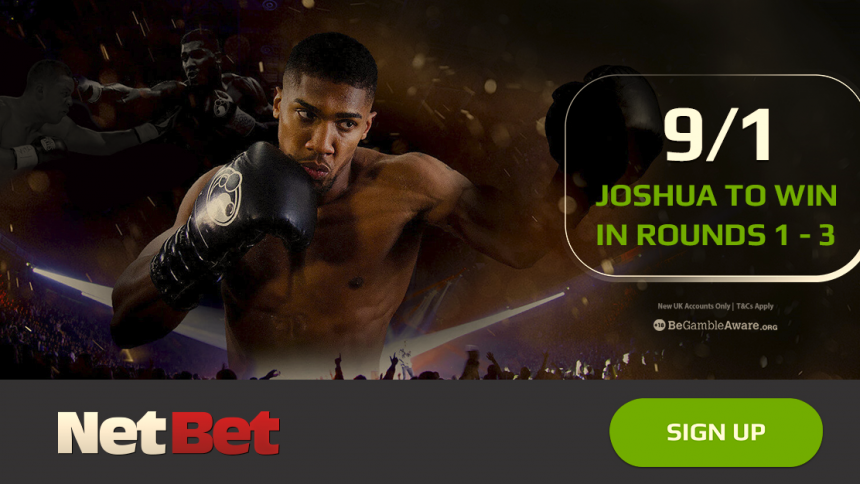 As the draw for the big match-up comes ever-closer, it’s time to bet on Anthony Joshua vs Joseph Parker. The reigning heavyweight champion looks to take on his biggest competitor. Can the Briton beat the WBO title-holder from New Zealand? We take a look.

-Can the WBA and IBF World heavyweight champion AJ beat his rival champion?

-Will Parker rise up against the odds with his heritage?

-What’s the best bet on this match-up?

By signing in to NetBet Casino, the online bookies’ have called an early favourite wager. Seeming as Anthony Joshua is the champion, the online casino has backed him all the way. Find out more about a special offer on AJ.

As the match is set to start on the 31st of March, the venue will be located at the Principality Stadium in Cardiff. Both athletes are coming into this match with undefeated records on the line. Although both boxers are playing on form right now, Parker has never quite been in a ring like that of the Welsh capital. The stadium has an 80,000 capacity which is going to sell out.

At NetBet Casino, the online sports bookies’ give newcomers a bonus code for a special offer. Should you bet on Anthony Joshua vs Joseph Parker to knock the latter out within the first 3 rounds, the offer is 9/1 betting odds.

That could mean you would be paid out 9 minutes considering one round lasts 3 minutes. To use this premium offer simple log in now and use the coupon code: JOSHUA

What Joshua had to say about the match

Anthony Joshua, speaking to the BBC has been very cautious about what to expect from the fight. He had stated the following in his interview:

“This is history, (…) – This is a unification fight with two heavyweights undefeated and it’s in the UK.

“It’s going to be electric. You know when you come here to fight myself, you know there’s going to be blood, a fighter hurt and 20 times out of 20 I’ve been victorious, so expect the same routine.”

Following his words, we expect it to be a battle of the ages. Can Anthony Joshua win? Is it safe to bet on Anthony vs Joseph Parker? Will AJ knock out the New Zealander within the first three rounds? Log in now to NetBet Casino using the bonus code to unleash Anthony Joshua.

At Gambling Herald we will be keeping a close eye on the showdown in the Welsh arena. Follow the final results which will be published on the latest online gambling news. For more information on the classic boxing match.